You are here:Home / Products / Resverol® 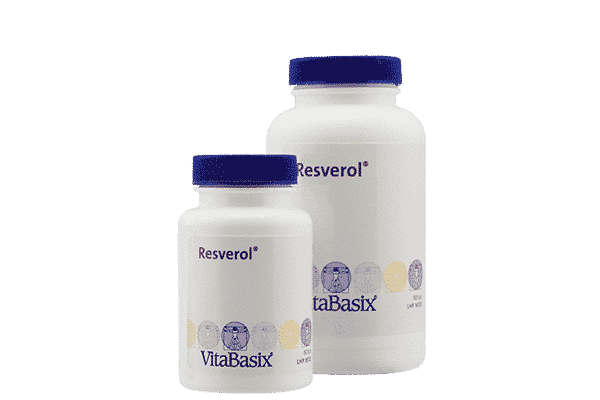 Resveratrol has a direct effect on the aging process of cells. It activates a specific longevity gene and is the up-to-now only substance which provably leads to a clearly prolonged life of various organisms.

The polyphenol resveratrol is a natural, highly effective antioxidant won mainly from the skin of grapes. In nature, the main function of resveratrol is to protect the plant from infections, fungi and parasites as well as from damaging environmental toxins and UV rays. In the human body, it generally acts anti-inflammatory and protects the cells. This is particularly beneficial to the blood vessels, the heart and the cells of the liver and of the brain.

One outstanding property makes resveratrol one of the most exciting anti-aging substances ever: It prolongs survival in diverse organisms, for it simulates calorie restriction (CR) and is a recognized CR mimetic. Reduction of food intake is one of the longest known and best proven therapeutic concepts for fighting the consequences of aging. To date it is the only measure proved to have a direct effect on the aging process of the cell. It was first identified in the classical research objects such as the threadworm, Drosophila and baker’s yeast in the 1930s. Subsequently, it was shown to be present in lab rats and other animals up to the primates. Meanwhile, its effect on almost all biological organisms has been established. Calorie restriction triggers increased DNA repair in the cells. This prolongs the life span of the individual cell as much as that of the organism as a whole. Since 1989 alone, more than three thousand main publications on the various effects of this spectacular plant substance have been published.

Resveratrol: A veritable enthusiasm for resveratrol was triggered by the sensational unraveling of the mystery of the so-called French paradox:  in France, there were 30 to 40 % less cardiac infarctions than in the neighboring countries, in spite of the very high risk from tobacco toxins and high-cholesterol food. A country doctor successfully proved that it was mainly the consumption of red wine that was decisive, and more precisely the high concentrations of resveratrol that it contained. As for many polyphenols, a high antioxidative power (by the trapping of radicals) was also proved for this red wine substance. But it does not just neutralize reactive oxygen molecules. Of particular importance for vascular protection is the power of resveratrol to specifically prevent oxidation of LDL cholesterol in the blood and, as a direct consequence thereof, its storage in the vessel walls, which is dreaded to trigger a series of reactions that are damaging to the vessels. The brain, too, with its high share of fat, is threatened by high oxidative stress – presumably one of the main factors leading to Alzheimer dementia.

In the traditional medicine of the Far East, resveratrol, predominantly from the mulberry, has been used for a long time to protect the cells of the heart and of the liver. Only a short while ago, researchers from the University of South Florida discovered that resveratrol can prevent fatty degeneration of the liver in case of increased alcohol consumption.

Another excellent characteristic of resveratrol is its strong anti-inflammatory property. Together with its antioxidative effects, its active substances can incite programmed cell death in the three main stages of cancer (triggering of mutations, formation of tumor cells, progression).

Quercetine: In addition to red wine, this flavonoid is also present in many medicinal plants (e. g. ginkgo biloba, St. John’s wort) and has a considerable share in their healing effects. Its anti-inflammatory, antioxidative substances counteract the formation of cancer, gastric ulcers and vascular diseases (also in the eye).

Catechins are the principal antioxidants in the leaves of green tea. Colorless amaroids with an excellent capacity for trapping radicals, which develop synergetic effects with resveratrol. Inhibition of LDL oxidation provides particular protection to neurovascular tissue structures.

OPC designates a group of substances with specific chemical bonds, called oligomeric procyanidins. These antioxidants are absorbed very quickly and neutralize free radicals in various areas of the body, mainly in vascular molecules.

In normal cases take 1 capsule daily with plenty of fluid.