Most everyone is aware that eating a diet high in processed foods can have disastrous consequences on your health, both now and down the road. Scientists are also now learning that processed foods may impair memory function. However, a recent study provides a little hope that a diet high in omega-3 fatty acids may somewhat mitigate some of this damage. Read on for more information about this study and how you can boost your intake of omega-3s in an effort to protect your memory and your physical health. 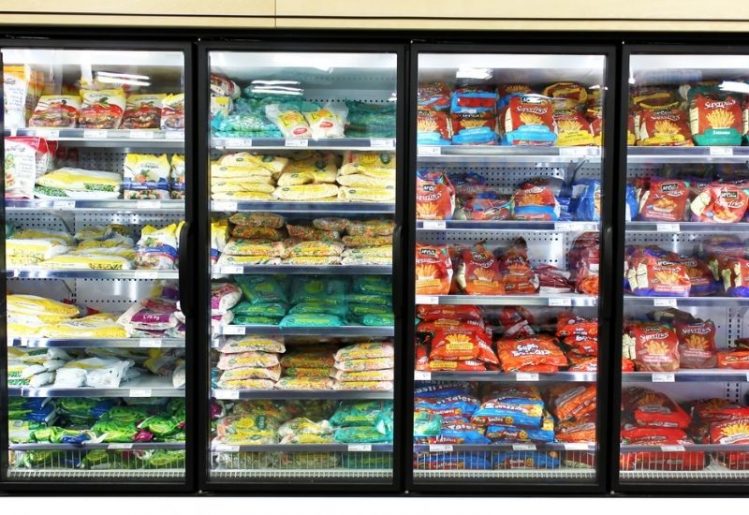 Processed foods are foods that have been altered from their natural state in some form. This includes cheese, cereal, fast foods, baked goods, deli meats, potato chips and much more.

Scientists at the Ohio State University recently partnered with Inotiv Inc. to delve into how processed foods may potentially affect the nervous system. The researchers also looked into the theory that omega-3 supplementation may be helpful in mitigating these effects.

The study found that a diet high in processed foods negatively impacted memory function in older rats. This same effect was not recorded in younger rats. The researchers found that the disrupted memory processes were also accompanied by signs of inflammation.

According to the scientists carrying out this research, the rats that ate a processed food diet demonstrated a substantially larger inflammatory gene expression when compared to the diet that contained an omega-3 supplementation.

In addition to the research surrounding how processed foods impair memory, this type of diet also leads to a host of additional health complications. It is a well-known fact that many of the chronic diseases are the result of a poor diet, including an over-reliance on processed foods. Experts estimate that eating processed foods leads to more premature deaths than cigarette smoking.

These foods have been shown to deliver a significant increase in the risk of developing coronary heart disease, cardiovascular issues and cerebrovascular disorders. There is also evidence that suggests that there is a link between an excessive intake of processed foods and the destruction of brain cells that lower intelligence levels. Some scientists hypothesize that sugar and sweetened baked goods may become addictive, leading to a host of additional illnesses.

What is Omega-3 and How Can it Benefit Your Health?

Fortunately, scientists have also unlocked information that demonstrates that a diet rich in Omega-3 fatty acids can potentially stave off the negative effects of processed foods when it comes to memory loss. Omega-3s are a group of polyunsaturated fatty acids that are essential for a variety of functions throughout the body. There are three primary types of omega-3s. EPA and DHA omega-3s are found in seafood, while ALA is found in certain oils, nuts and seeds.

Omega-3s are considered to be essential fatty acids. This means that the body does not produce them naturally, requiring that you be purposeful about consuming them in order to see their benefits.

So what are the benefits of omega-3s? Much effort has gone into revealing how omega-3s can reduce the risk of heart disease. The fatty acids do this by regulating cholesterol levels, lowering blood pressure and reducing the level of dangerous high triglycerides.

Omega-3s are advantageous in regulating sleep patterns, weight management and proper retinal function. The fatty acids have also been shown to reduce levels of inflammation throughout the body. All of these benefits may work to reduce the risk of cancer while also decreasing the threat of autoimmune diseases. Many pregnant women turn to omega-3s in an effort to support fetal development. The nutrient has also been shown to support optimal development of the eyes and brain in babies and toddlers.

All of these physical benefits are in addition to the mental health benefits that many believe omega-3s deliver. Medical researchers are just now beginning to unlock how sufficient intake of omega-3s can lower the risk of depression and anxiety while also slowing the speed of cognitive decline in older individuals.

How to Get More Omega-3s Into Your Diet

It is clear that being diligent about boosting your intake of omega-3s can improve your health outcomes in a number of ways. Start your journey with incorporating more omega-3s into your diet by trying to choose foods that are naturally high in these fatty acids. Sources that contain a beneficial amount of omega-3s include salmon, egg yolks, walnuts, chia seeds, anchovies, sardines, flaxseeds and albacore tuna.

Because many of these foods that are naturally high in omega-3s are not staples of most diets, some people turn to supplements to boost their intake of this important fatty acid. A supplement containing omega-3 is an easy and cost-effective way to ensure that your body is not lacking in this crucial nutrient. Think of it as an extra layer of insurance for your body to guard against many of the most commonly dreaded health ailments.

The more that scientists learn about the dangers of processed foods, the more explicit the benefits of omega-3s become in an overall diet plan.