A recent study, published in the Mayo Clinic Proceedings examined the relationship between blood calcium levels and the risk of sudden cardiac arrest.

Sudden cardiac arrest (SCA) is defined as when the heart suddenly stops beating due to a malfunction in the heart’s electrical activity. According to the American Heart Association, approximately 350,000 people experience an out-of-hospital SCA each year in the United States alone. Around 90 percent of these SCAs result in death. 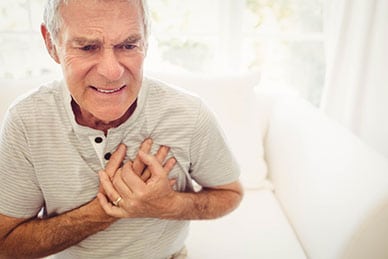 Researchers gathered data from the Oregon Sudden Unexpected Death Study to analyze for their purposes. They identified 267 people who suffered SCA between 2002 and 2015, in addition to 445 healthy controls. These individuals’ blood calcium levels had been measured before their death. The scientists found that the risk of SCA is 2.3 times higher for people who have the lowest blood calcium levels, compared to people with normal levels. This correlation remained even after accounting for other confounding risk factors. However, the reason for this link between calcium and cardiac arrest is not yet known; further research is needed.

Coronary heart disease has been considered to be the primary cause for sudden cardiac arrest. Yet, 50 percent of women and 70 percent of men who have died from SCA had no history of heart disease. This, combined with the newly found link between calcium levels and SCA, points to an urgent need for researchers to identify other cardiac arrest risk factors in order to better prevent these deaths.

SCA, in turn, is associated with other major medical conditions. People who experience a sudden cardiac arrest are more likely to suffer from diabetes, chronic kidney disease and chronic obstructive pulmonary disease.

The Importance of Proper Calcium Intake

Calcium is the most abundant mineral in the human body. Around 99 percent of all the calcium in the body is found in the bones and teeth, leading calcium to be most strongly associated with bone health. Indeed, proper calcium consumption is very necessary for strong bones. A failure to get enough of this essential mineral can result in low bone mineral density, which can lead to osteoporosis. However, calcium is also necessary for many other systems of the body. Nerve and muscle function, blood vessel dilation and contraction and hormone secretion also require sufficient calcium.

Certain groups of people are at a high risk for not getting enough calcium. Those who suffer from lactose intolerance are likely candidates for this as they do not consume high-calcium dairy products. People who follow a vegan diet may also be at risk for calcium deficiency because a vegan diet often has high levels of the plant-based phytic and oxalic acids, which impair calcium absorption in the gut. A high intake of sodium, caffeine, alcohol or protein (for example, as with bodybuilders) can also put you at a higher risk for calcium deficiency.

Adults over the age of 50 are a major group that should watch their calcium intake especially closely; this is even more true for older women, as estrogen levels plummet during this period of a woman’s life and estrogen is an important hormone for maintaining healthy bone mineral density.

Certain medical disorders can interfere with the absorption of calcium, namely, bowel and digestive disorders. Those who take corticosteroid medication for long periods of time can also be at risk. Some other risk factors for low calcium levels (or high osteoporosis risk) include smoking cigarettes, being physically inactive and having a family history of osteoporosis.

Of course, everyone should make sure to get enough calcium, but these are the groups that need to pay especially close attention. Obviously, the best way to consume enough calcium is by eating a healthy diet. Calcium-rich foods include dairy, dark leafy vegetables, fatty fish and any food that is calcium-fortified. You also need sufficient vitamin D in order for your body to absorb and use the calcium properly. You can get vitamin D in fatty fish, egg yolk, fortified dairy products and mushrooms. Furthermore, eating a high-fiber diet is beneficial for calcium levels because dietary fiber slows down digestion, giving your body more time to absorb the calcium in your food. People who get plenty of calcium enjoy a lowered risk of cancer, high blood pressure and diabetes.

However, for some people trying to eat plenty of calcium-rich foods may still not be enough. Those who fall into the category of someone who has a high risk for calcium deficiency (lactose intolerant, vegan, high intake of sodium, caffeine, alcohol or protein), or the category of those who need more calcium than average (those at risk of osteoporosis, older adults), should strongly consider taking a dietary supplement with calcium in addition to eating a nutritious diet. This way, calcium intake is convenient and more predictable.

Talk to your doctor before taking a calcium supplement if you are currently taking: