According to a new study funded by the British Heart Foundation, the green tea compound EGCG fights atherosclerosis, a condition which can lead to heart attack and stroke.

Atherosclerosis is a condition that occurs when fatty deposits build up inside the blood vessels that carry oxygenated blood to the heart, brain and other parts of the body. Over time, these fatty materials, largely comprised of calcium, cholesterol and fats, harden into plaques that narrow the arteries and restrict blood flow.

Though atherosclerosis may present no symptoms, it is a serious condition with potentially deadly outcomes. The exact cause of atherosclerosis is unknown, but there are certain known factors that place one more at risk, such as unhealthy eating habits, a sedentary lifestyle, smoking or having a family history of heart disease.

In later stages of atherosclerosis, a protein called apolipoprotein A-1 (apoA-1) develops amyloid deposits. These amyloid deposits, which are structurally similar to the amyloid plaques that are associated with Alzheimer’s disease, bind to the atherosclerosis plaques causing them to increase in size and decrease in stability, both factors which significantly increase the risk of heart attack or stroke. It was the amyloid plaques that drew the interest of researchers out of the UK’s Lancaster University and the University of Leeds. 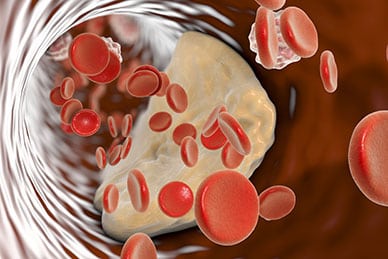 Over the past few years, numerous studies with promising results have been conducted on natural antioxidant and anti-inflammatory compounds. One compound in particular, epigallocatechin-3-gallate (EGCG), a polyphenol found in green tea, has been shown to be a potential preventative measure and therapeutic agent for neurodegenerative disorders such as Alzheimer’s and Parkinson’s disease.

According to the lead author of the study, David Middleton, a professor of chemistry at Lancaster University, “the health benefits of green tea have been widely promoted and it has been known for some time that EGCG can alter the structures of amyloid plaques associated with Alzheimer’s disease.”

In their research, the team found that when combined with heparin, a polysaccharide produced naturally by the body that acts as an anticoagulant in therapeutic doses, EGCG binds itself to the amyloid fibers of the apoA-1 protein and converts them into smaller, more easily soluble particles that are less likely to cause damage to the vessels. Essentially, EGCG fights atherosclerosis by breaking down the amyloid plaques.

“Our results show that this intriguing compound might also be effective against the types of plaques which can cause heart attacks and strokes,” said Middleton.

Their findings have been published in the Journal of Biological Chemistry.

The team notes that drinking green tea alone is likely not enough to see the benefits of their research, as the quantities necessary could be “potentially harmful.” According to Professor Jeremy Pearson, the Associate Medical Director of the BHF and coauthor of the study, “our bodies are very good at breaking down EGCG so swapping your cuppa for green tea is unlikely to make a big difference with respect to your heart health.”

Further work is to be done to develop new safer and more efficient methods of EGCG delivery. “[By] engineering the molecule slightly, we might be able to make new medicines to treat heart attack and stroke,” said Pearson.

Coauthor Sheena Radford, who is the acting Director of the Astbury Centre for Structural Molecular Biology at the University of Leeds, concluded, “the findings of this round of studies are very encouraging. We now need to apply the best scientific techniques to find how we can take the molecular EGCG element from green tea, and turn it into a functioning tool to combat life-limiting health issues.”

Should You Add Green Tea to Your Diet? 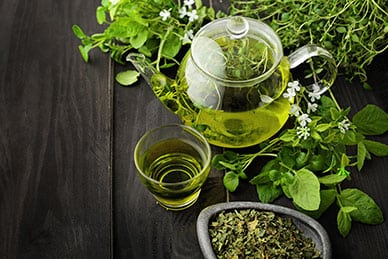 In short? Yes! In its current form, green tea may not be today’s cure for atherosclerosis, but it still possesses a number of proven health benefits and is a rich source of highly beneficial antioxidants. Green tea has long been used in Ayurvedic practices and Traditional Chinese Medicine to aid digestion, promote wound healing, support heart health and soothe the mind, along with quite a few other uses. Green tea compounds can also be found in various other dietary supplements. Recent scientific studies have given weight to these claims by demonstrating green tea’s vast potential as a preventative and therapeutic agent.

Here are just a few of the potential health benefits of green tea: