Chronic fatigue syndrome is a common and complex medical issue. New research suggests that gut health may be important in preventing and treating this disease.

All people have experienced fatigue and exhaustion at some point. However, for some people this is a constant condition. Chronic fatigue syndrome, also known as CFS, is on the rise, yet we understand little about how to prevent or treat it. According to a new study, the health of our gastrointestinal system may be a very important factor in whether we develop this and other autoimmune illnesses.

What Is Chronic Fatigue Syndrome?

CFS is a disease in which people are easily tired by even minor physical or mental exertion. While most of us can recover from fatigue with a short rest, people with CFS do not bounce back as quickly. They suffer exhaustion for days on end. In addition, people with CFS also have a variety of other symptoms including a headache, chronic pain, enlarged lymph nodes and difficulty with memory and cognitive tasks.

These symptoms can have debilitating effects on a person’s life. Many people with this disease are unable to maintain a career or even perform basic activities of daily living. More than one million people in the United States are believed to suffer from this disease, yet we still have no definitive test for it, no idea why it happens and very few treatment options. The lack of understanding has even caused some people to believe that this illness is “all in a person’s head.” However, a new study suggests that it could be all in our gut instead.

Links Between Gut Health and Disease 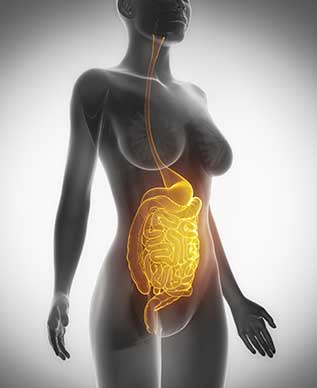 Many studies have come out recently about the importance of your gut microbiome, which consists of the colonies of diverse bacteria that live in your gastrointestinal tract. We are beginning to realize that these bacteria play a very important role in our bodies and may even help prevent and disease. While the presence of bacteria in our guts is necessary and contributes to our health, the balance of these bacteria is very important. Some bacteria have more negative effects than positive and can overgrow under the wrong conditions, crowding out more beneficial species. This imbalance of gut bacteria may be the mechanism behind CFS.

Inflammation: A Root Cause?

How can bacteria in the gut cause or prevent a disease like CFS? Researchers point out that the bacteria found disproportionately in people with this disease are inherently inflammatory. This may cause a variety of problems, including leaky gut syndrome. The inflammatory markers from these bacteria are present not just in feces, but in the bloodstream of people who suffer from this disease. Inflammation weakens the barriers between the gastrointestinal tract and the bloodstream, allowing these bacteria to affect body systems far removed from the intestines. This explains how bacteria in the gut can have such an immense effect on energy levels and the body as a whole.

This study presents a potential way to identify a disease that currently has no definitive test. In addition, it offers the hope of future treatments for and even prevention of CFS. Doctors may be able to colonize our guts with beneficial bacteria to crowd out the pathogenic ones. In addition, preventing gut inflammation appears to be a very important part of treating this disease. While these therapies are still theoretical, colonizing the gastrointestinal tract with “good bacteria” is already being used successfully to treat conditions such as clostridium difficile (C. diff) infection. The answer to this debilitating disease may be as simple as correcting our microbiome balance.

Imbalances of gut bacteria have recently been linked to a variety of diseases, leading many people to wonder how they can maintain a healthy GI tract. Unfortunately, the modern Western diet is not conducive to a healthy GI tract. However, there are several things we can do keep that important balance. First, it is important to take in plenty of the good bacteria we need. We can get these from probiotic foods such as yogurt and fermented products, but also from probiotic supplements. Second, it is important to eat foods that feed these bacteria and support their growth, such as high fiber foods. Last, we should avoid antibiotics except where they are absolutely necessary. Antibiotics often kill good bacteria while the species that cause disease tend to be resistant.

Maintaining a healthy GI tract is a very important part of leading a healthy lifestyle. GI imbalances, especially those involving bacteria, have been implicated as the cause of a variety of serious and even life-threatening diseases. While it can be difficult to keep your microbiome balanced in an age of processed foods and antibiotics, the effort may pay off in a longer and healthier life.