New research suggests that vitamin D benefits our health in more ways than previously believed, helping to sustain muscle strength and even protect against common ailments.

Many people in the Northern hemisphere are deficient in vitamin D during the cold weather months. This is known to contribute to fatigue, depression, weak bones and a variety of other unpleasant effects. However, not getting enough of this vitamin may impact your health in other, more serious ways. New research on vitamin D benefits suggests that it may be an important factor in muscle strength, gastrointestinal health and protection from respiratory illnesses.

Vitamin D is essential for our health in a variety of ways. It acts as a cofactor for a variety of biochemical reactions, so a deficiency can leave you fatigued and depressed. However, this is just the beginning of the effects of vitamin D deficiency. Because vitamin D is essential to bone growth and development, a deficiency often manifests in weak bones. Children who do not get enough vitamin D may develop rickets, which is a bone disorder in which bones become so soft and weak that they bow under weight. In adults, osteoporosis and bone pain are common manifestations of vitamin D deficiency. Vitamin D deficiency has also been linked to an increased risk for metabolic syndrome and other health conditions.

Despite its importance, many people suffer from a deficiency of this nutrient. Vitamin D is not found in many foods and is processed in a complicated multi-step fashion involving the liver and kidneys. Our skin can make this vitamin when exposed to certain wavelengths of sunlight, but many people wear sunscreen and thus miss out. Foods such as cod liver oil, egg yolks and fortified milk contain vitamin D, but these are not eaten by many adults in significant amounts. The result is that many people are suffering from a vitamin D deficiency that may have severe health effects.

Vitamin D benefits bones and teeth, but a recent study suggests that it may benefit muscle strength as well. Women were tested for muscle mass, muscle strength and inactive vitamin D levels. Women with high levels of vitamin D had more lean muscle mass and more strength than women who had normal or low levels.

Should people that are looking to increase strength or muscle mass take more vitamin D? Researchers say the jury is still out. Dr. Zaki Hassan-Smith, one of the lead researchers in this study, points out, “By looking at multiple forms in the same study, we can say that it is a more complex relationship that previously thought.” However, there does indeed appear to be a relationship between vitamin D and muscle, although the exact mechanism is not known.

Vitamin D benefits also may extend to the digestive tract according to modern research. Low vitamin D levels have been linked in the past to gastrointestinal diseases such as Crohn’s disease and ulcerative colitis. These painful conditions affect millions of people. Not only do they cause unpleasant symptoms such as diarrhea and abdominal pain, but they also can leave people malnourished. In some cases, flares of these diseases can be life-threatening.

Because gastrointestinal diseases can make it difficult for people to absorb vitamins from their diet, there was a “chicken and egg” problem with the link between low vitamin D and flares of these illnesses. However, researchers may have solved the riddle in a recent study. They followed people with ulcerative colitis, regularly testing vitamin D levels while tracking symptoms and flares. It appears that low vitamin D levels make people with ulcerative colitis more likely to suffer painful and potentially deadly flares of their diseases. Getting enough vitamin D appears to be especially important for people who have ulcerative colitis and other related diseases.

Breathe Easier With a Simple Vitamin 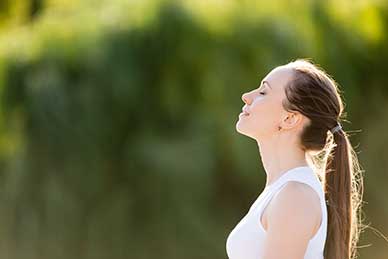 One of the most significant causes of death worldwide is acute respiratory illness. Even healthy people may fall critically ill from these infections, leaving them temporarily or permanently disabled and even threatening their lives. New research suggests that vitamin D deficiency is a risk factor for respiratory illnesses. Scientists believe that the reason for this is vitamin D’s critical role in the immune system. When people have low levels of vitamin D, their immune system is not as likely to fight off infections that can turn to bronchitis and other serious illnesses.

This information may be used to save many lives. With 2.65 million people dying from acute respiratory illness every year, identifying and eliminating this risk factor can have huge effects on public health. In this case, a simple vitamin supplement may save lives even among people in the developed world with access to a balanced diet.

Vitamin D benefits our bodies in a variety of ways and is essential for good health. People who suspect that they may not be getting enough vitamin D should talk to their doctor about whether a supplement is right for them and how much of this supplement they need to achieve optimal health. Your bones, muscles, digestion and even respiratory health depend on having high levels of this critically important vitamin.