From discovering that the circadian rhythm exists to identifying the hormones and genes underlying it, the science of chronobiology has come a long way in the past century. New research technologies and methods have brought even more discoveries in just the last several years. We now know more than ever before about how our biological clocks operate, with new discoveries being released regularly. The latest research provides more insight into the “control center” of our circadian rhythm: the suprachiasmatic nucleus.

The Wiring of the Suprachiasmatic Nucleus

When it comes to the circadian clock, timing is everything, which makes the suprachiasmatic nucleus of the hypothalamus one of the most important regions of the brain. This region is not just centrally located, but central to many essential elements of our internal clocks as well. These internal clocks in turn regulate diverse processes, from metabolism to DNA repair to mental health. While the suprachiasmatic nucleus is small, it can affect almost every aspect of our health. 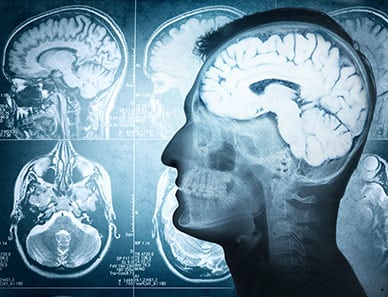 A new study relating to mapping the circadian clock shines light on the way the suprachiasmatic nucleus, or SCN, is wired. This was previously very difficult because the constant high activity of this region made it difficult to identify patterns. In the recent study, researchers used a toxin from pufferfish to reduce the “noise” in the SCN that had previously made the organ difficult to study empirically. The results? Scientists were able to see that each cell of the SCN appears to have its own innate signaling rhythm. These patterns combine to create the overall pulse of our internal clocks. The innate clocks of the cells are coordinated through a maze of neurons connecting them to other cells in the organ. When pufferfish toxin was used to disable these neurons, the activity went from smooth and coordinated to chaotic. The “wiring” in this region is clearly tightly controlled and interconnected via this neuronal network.

Mapping the Circadian Clock: Hormonal Messengers and the SCN

Neurons are not the only means of communication between the cells of the SCN; neurotransmitters also play an important role. In 2005, scientist Eric Herzog and a team of researchers at Washington University discovered that a hormone called VIP acted as a chemical messenger between cells of the SCN. The importance of VIP, or vasoactive intestinal peptide, was surprising due to the fact that this hormone mainly functions in the gastrointestinal tract. This month, the same team announced the discovery that GABA also plays a role. It appears that GABA has a weaker effect than VIP, yet plays an important role in signaling pathways that set the internal beat of the circadian rhythm.

This brings up an important question: Why do the cells of the SCN communicate in such a wide variety of ways? There is no firm evidence at this time, but researchers believe that the multiple means of communication allows them to respond better and more quickly to changes in the environment. A variety of messengers ensures that messages are always delivered on time.

Despite new knowledge about the inner workings of the circadian rhythm and the importance of internal clocks in almost every aspect of our health, people in the United States and the rest of the Western world struggle more than ever to get enough sleep. Constant high levels of artificial light ensure that our brains struggle to adjust to nighttime, while other aspects of modern lifestyles often keep people awake well into the night. All of this has a devastating effect on public health in a variety of ways. The rates of diseases linked to disrupted circadian rhythm, such as diabetes, are higher than ever before and increasing steadily every year. Mapping the circadian clock will help scientists and doctors to lower the ever-growing rate of circadian disorders and create better treatments for people who suffer from them.

One takeaway message from the growing body of research in chronobiology and circadian rhythm is that maintaining internal clocks is crucial to whole body health. It may be time for modern people to turn off their alarm clocks and cell phone clocks, and listen to their circadian clocks instead.