What is the Blood Brain Barrier?

The blood brain barrier is a semipermeable barrier around the brain and spinal cord that only allows certain substances through. The BBB is composed of endothelial cells which are found in capillaries in other parts of the body, but the cells in the blood brain barrier are very specialized and tightly packed. The BBB works to protect the brain, but it can create problems in the treatment of brain disorders as medications typically cannot pass the barrier.

Research has found that various stimuli to the BBB can cause disruption, which may lead to neurological disease. In people who have certain brain injuries or neurological diseases, this barrier does not work as it should and allows pathogens and dangerous molecules into the brain.

Neurological Diseases and the BBB 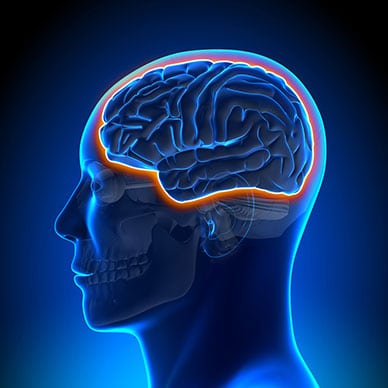 Disruption or damage of the BBB plays an important role in cell damage in neurological diseases. Previous research has found that many neurological diseases have common defects in the blood brain barrier including epilepsy, stroke, multiple sclerosis, ALS and traumatic brain injury. While these conditions all affect the central nervous system in a different way, a study published in the Federation of American Societies for Experimental Biology found they share defects that can be traced to one set of genes.

The team of researchers found that with these diseases, the dysfunction in the BBB is a major contributor to symptoms and the progression of the disease.

A new study published in Frontiers in Aging Neuroscience aimed to identify a treatment to maintain the integrity of the blood brain barrier to potentially prevent neurological diseases.

One of the most common forms of stress on the BBB in the elderly is sepsis, a systemic inflammatory response to infection that can cause neurological problems. Sepsis also causes lipopolysaccharide (LPS) to be released into the blood where it damages the integrity of the
blood brain barrier. LPS can produce neuroinflammation and BBB disruption. It has also been found to increase the permeability of the BBB in vitro.

Melatonin was been found to preserve the integrity of the blood brain barrier in many ways, including inhibiting MMP-9 and NADPH oxidase-2. It has also been found to alleviate BBB damage caused by LPS in elderly mice by activating AMP-activated protein kinase (AMPK) and inhibiting gp91phox. In septic mice, melatonin was able to block the septic response in the body by disrupting neurological connections. Melatonin may also help protect organs from damage caused by sepsis.

It appears that low levels of melatonin in older mice (and humans) may contribute to the disruption of BBB in the face of stimuli like sepsis. In a study published in the Journal of Pineal Research, scientists were able to demonstrate that a short one-week treatment of melatonin was able to significantly reduce LPS-induced damage to the blood brain barrier.

This led researchers to suggest that supplementing with melatonin may reduce the risk of neurological disease in seniors by maintaining the integrity of the blood brain barrier while encouraging more frequent use in the medical field due to melatonin’s low toxicity and high efficacy.

The ability of melatonin to treat LPS-induced BBB damage is exciting, but this is only the most recent discovery about the function of melatonin in the brain. Melatonin was once considered little more than a sleep aid for occasional sleeplessness, but a number of recent studies have found that it can potentially improve cognitive function and reduce trauma caused by a brain injury.

One study published in the Journal of Pineal Research found that melatonin may offer protection against irreversible brain damage caused by trauma or stroke. Researchers discovered that a 30-day treatment of melatonin 24 hours after an induced stroke improved the survival of brain cells in mice and improved recovery in injured cells. The mice treated with melatonin following a stroke also had a better long-term prognosis in terms of coordination and motor function, two areas that are commonly affected by stroke in humans.

Another important study found that melatonin has favorable effects on the metabolism of amyloid-beta proteins, the hallmark of Alzheimer’s disease. The researchers found that after administering low doses of melatonin for 10 days, it improved cognition and reduced levels of these inflammatory proteins in the brains of animals.

Several other groups have demonstrated this same beneficial effect in experimental models of Alzheimer’s disease to potentially improve cognitive function, inhibition of beta-amyloid deposits, and reduction of anti-oxidative injury.