One of the largest human microbiota studies ever conducted has found a strong correlation between gut health and healthy aging. According to the study, people who live to 100 have unique gut microbiome ecosystems similar to those found in healthy 30-year-olds. This study is just the latest in a growing body of research into the myriad of beneficial effects of good gut health.

According to a new study published in the journal mSphere, gut health may be more important than ever suspected. The study was conducted by researchers at Ontario’s Lawson Health Research Institute of Western University in collaboration with researchers at the Tianyi Health Science Institute in China.

Researchers analyzed gut microbiota of about 1,000 extremely healthy people between ages three and 100. All participants were selected based on extreme health, which was defined as being free of reported disease, including in family members. No participants smoked, drank alcohol, reported moodiness or had been prescribed antibiotics or drugs in the last three months. All participants reported no family history of gastrointestinal, cardiometabolic or neurological disease.

16S Ribosomal RNA sequencing was used to analyze the specific microbial composition of the guts of study participants. The study discovered several important findings: Extremely healthy seniors were found to have a microbial composition similar to people who were much younger. There were major differences found in gut microbiota only before the age of 20. Between the ages of 30 and 100, microbiota remained mostly the same. Overall, the composition of gut bacteria seems more variable in men than in women. According to the study authors, the findings suggest the gut bacteria of healthy aged people differ very little from that of younger people who are in very good health.

While researchers hope this type of research can lead to new microbiome diagnostic systems and use probiotics and diet to improve health biomarkers, they still do not understand causality. Researchers do not know if healthy aging is predicated by gut bacteria or if eating well and exercising leads to improved gut bacteria and health. 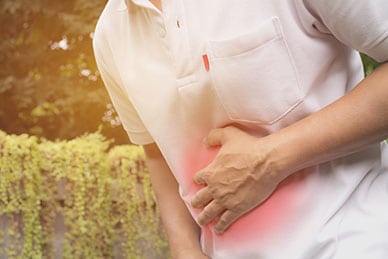 Over the last few years, researchers have found other ways in which gut bacteria can influence health, mood and even behavior. Some of the most surprising studies found that gut bacteria can influence diet. Two separate studies analyzed the impact of gut bacteria on diet and reproductive success in fruit flies. One study found that bacteria in the guts of flies had an effect on their foraging habits and the influence could be passed down to future generations. The researchers found the flies do not forage only for nutrients to balance their diet but also to encourage healthy cultures of gut bacteria. The second study found that gut bacteria influences the investment fruit flies make in reproduction, their reproductive success and even the body mass of offspring.

Researchers believe they are only scratching the surface of the roles gut bacteria play in human health. What is known is microorganisms in the gut, dubbed the “microbiome,” affect physiological traits. Stress, the gastrointestinal system and the immune system are all known to interact with each other. In fact, psychological stress even causes an almost immediate change in gut bacteria populations. Some bacteria also influence how stress affects the immune system.

How to Maintain Healthy Gut Bacteria

There are nearly 40 trillion bacteria in the human body, most of them in the intestines. This growing body of research shows the importance of maintaining healthy gut bacteria. In general, a diverse microbiota is considered healthy as the more species of bacteria in the gut, the greater the number of potential health benefits they can contribute.

There are many ways to influence the types of bacteria in your gut and foster the growth of beneficial bacteria. The best way is eating a diet rich in beans, fruit, legumes, vegetables and fermented foods like kefir, kimchi and yogurt. Fermented foods are usually high in lactobacilli, a form of bacteria with health benefits. People who consume a lot of yogurt tend to have more lactobacilli in their intestines and fewer Enterobacteriaceae, which is associated with chronic diseases and inflammation.

Focus on a diverse diet with many different types of foods. A Western diet is not diverse and high in sugar and fat. It’s estimated that three-quarters of the world’s food supply comes from just 12 species of plants and five species of animals. Some studies have indicated that gut microbiota is more diverse in rural areas of South America and Africa than the US and Europe as rural regions usually have a diverse diet.

Artificial sweetener should be avoided because it has been found to negatively impact gut bacteria. Saccharin, in particular, has been found to significantly influence the balance of bacteria in humans. Finally, taking a high-quality prebiotic/probiotic formula can help maintain a healthy balance of gut microflora and promote overall good health.