People in the Western world have plenty of food, often more than we truly need. However, this does not make us exempt from nutritional deficiencies. When it comes to what we eat, quantity does not always make up for a lack of quality. Further compounding the issue is the fact that food grown by Western agriculture is often deficient in trace elements and other nutrients that the human body needs to thrive. The Western diet may be full of calories, but it is often deficient in nutrients and minerals like zinc. New research suggests that mineral deficiencies, especially zinc deficiency, may have more of an effect on our health than we previously realized.

The Role of Zinc in Your Body 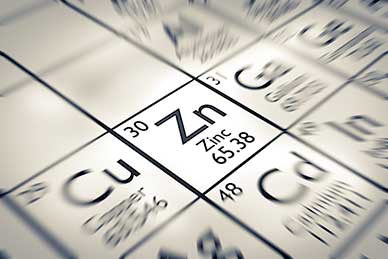 Zinc plays a variety of vital roles in the human body. Studies have found that zinc is essential to immune cell development and function, in addition to the metabolic roles it plays in every cell of the body. Whether you are suffering from an autoimmune disease or getting sick often from a lack of immunity, a lack of zinc may be the problem.

For example, people who are infected with HIV and also have a zinc deficiency are likely to see an increase in their viral load and thus have more symptoms. People with low zinc are also less responsive to chemotherapy drugs for cancer and other medications intended to lengthen or sustain life. While zinc makes up only one small component of our dietary needs, it nonetheless is a very important part.

However, zinc does not act merely as a stimulant for the immune system. It appears to work as a modulating agent that maintains a moderate path between immune system over-activity and total lack of immunity. People who have high amounts of zinc in their bloodstream have lower risk of asthma, allergies and even transplant rejections, all of which can be caused by inappropriately high immune system activity. Zinc also appears to act as a protective factor towards cells, protecting us from oxidation while improving cellular repair processes. Zinc seems to be an important element in how our cells react to threats, and even how they react to no threats at all.

Clearly, zinc is important for a variety of cell functions. So what happens when people are deficient—even a little deficient–in this essential element?

Symptoms of a Zinc Deficiency

Many people are deficient in zinc without even knowing it. The symptoms of a zinc deficiency are so subtle that many people, even doctors, miss the obvious. Even mild deficiencies of this essential element can cause problems with the digestive system. Because the pancreas requires zinc to adequately digest food, even a small lack of this element can slow digestion and cause symptoms such as nausea and diarrhea. In addition, slowing of digestion due to a lack of zinc may lead to accumulation of undigested food and thus bloating.

Are You Getting Enough Zinc?

How can you make sure that you are getting enough zinc? This trace element can be difficult to obtain from food in adequate amounts. It is found in significant amounts in shellfish like oysters and lobster. Red meat also often has large amounts of zinc.

The problem is that our bodies have no way of storing zinc. Unless you are eating foods rich in this element with every meal, your levels may be insufficient. If you are suffering from digestive issues such as diarrhea or skin issues like rashes on a regular basis, there is a good likelihood that you are low on zinc. This is why supplementing with zinc can be an important positive move for your health. Whether you are male or female, getting the right amount of zinc in your daily life is essential for optimal health. Luckily, there are many vitamin formulas that offer high enough amounts of zinc to ensure that you have enough left over for metabolism and other vital daily processes.

It is best to get all of your vitamins and minerals from your diet. However, food is simply different now. Many people are eating food that has been picked before it has a chance to even become ripe. We do not get a full array of vitamins in our diets but we can take supplements to make sure we have all of the elements we need to not just survive but to thrive.