Curcumin is a bright yellow chemical and the main component of turmeric. While curcumin and neuroblastoma (a type of cancer most common in infants) may seem entirely unrelated, a new study found that this chemical, which is currently used in food coloring, cosmetics and spices, may help in the treatment of neuroblastoma tumors that are resistant to treatment.

Curcumin is the biologically active chemical in the spice turmeric and the component that gives it its distinctive color. Turmeric comes from the root of the Curcuma longa plant, which is dried and powdered to use as a spice. Turmeric is widely used in cooking, especially in Indian cuisine. It’s turmeric that gives Indian curry its distinctive yellow color. Previous research has indicated that curcumin may have cancer-protective properties.

Curcumin that is consumed orally is poorly absorbed in the human body, which means it is mostly metabolized and eliminated. The potential for curcumin in treating illness is limited by this limited bioavailability outside of the digestive tract, although novel solutions exist, such as evidence in this latest study. 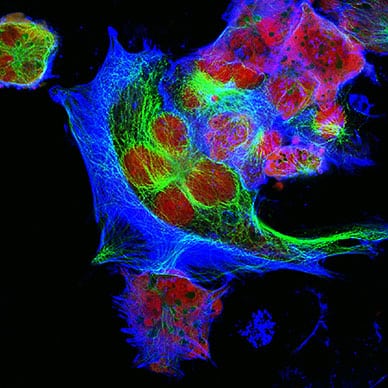 A new study published in Nanoscale explored the potential of curcumin in the treatment of neuroblastoma, which accounts for 50 percent of all cancers in children under age one. A team of researchers at the University of Central Florida and Nemours Children’s Hospital discovered that attaching the curcumin chemical to nanoparticles can help target and kill neuroblastoma cells that are treatment-resistant.

Neuroblastoma cancer begins in early nerve cells and forms in adrenal gland tissue. There are nearly 700 new cases of this cancer every year in the United States with most cases diagnosed in children under five. High-risk neuroblastoma is currently very difficult to treat and is often highly resistant to treatment. This form of cancer is also associated with symptoms after treatment ends, such as hearing loss and developmental delays.

This novel approach combining nanoparticles and curcumin can treat neuroblastoma tumors without the toxicity of alternative aggressive therapies and the associated risks. While curcumin has poor bioavailability when consumed orally, researchers were able to show that it can be attached to nanoparticles to deliver the chemical directly to tumor sites.

How Does Curcumin Kill Cancer Cells?

Previous research has helped identify the mechanism by which curcumin targets tumor cells. A study published in the AAPS Journal showed that curcumin works by modulating the growth of cancer cells by regulating cell signaling pathways.

Curcumin works upon several molecular and biochemical processes and physically binds to up to 33 different proteins. This chemical can inhibit the survival and growth of almost any type of tumor cell by activating cell death pathways or inhibiting cell proliferation pathways. This study identified over 40 biochemicals involved in cancer cell death induced by curcumin.

Research has indicated that curcumin selectively affects cancer cells rather than healthy cells. It has a far lower likelihood of causing treatment resistance because it acts through so many cell pathways.

Prostate cancer is the second-leading cause of cancer-related death in men in the United states. Every year, about 30,000 men are killed by castration-resistant prostate cancer that has become resistant to docetaxel, the first-line treatment. According to one recent study, curcumin may have some therapeutic benefit in treating prostate cancer.

One study found that curcumin is able to downregulate the expression of androgen receptor (AR) expression and limit AR binding to the androgen response mechanism of the prostate specific antigen gene. It has also been found to delay tumor growth. 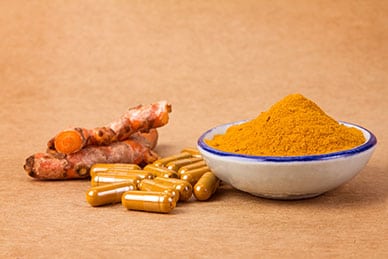 In addition to acting directly on tumor cells in laboratory settings, curcumin is a powerful antioxidant that can protect against free radicals in the body that cause cell damage. It has also been found to help maintain healthy levels of two enzymes that cause inflammation while also promoting healthy blood flow.

Research has indicated that curcumin and turmeric may have some benefit when it comes to a host of conditions, including osteoporosis via its effects on inflammation, heart disease by promoting healthy platelet clumping, uveitis or inflammation of the iris of the eye, neurodegenerative disease and even diabetes. One study published in Phytotherapy Research even found that curcumin supplements may be more effective than NSAID therapy at treating rheumatoid arthritis symptoms like joint swelling, tenderness and disease progression.

Turmeric and curcumin may be consumed in food, as a powder or as a tincture. While turmeric is considered safe in food or taken at the recommended doses, the low bioavailability of curcumin means it’s unlikely to have any cancer-protective benefit when consumed except in the case of conditions directly affecting the gastrointestinal tract, which are more likely to be prevented or treated with oral curcumin.