When most people think of a vitamin that contributes to eye health, they think of vitamin A. However, new research reveals that vitamin C may be just as important. Scientists studying the link between vitamin C and cataracts recently discovered that getting enough of this essential nutrient may be just as important in preventing age-related eye degeneration as genetics and other well-known factors. 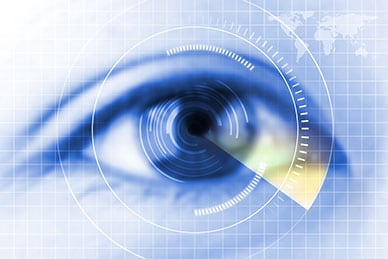 Almost one-third of Americans are affected by cataracts at some point in their lives, most commonly in old age. Cataracts are changes in the lens of the eye that lead to clouding and permanent damage. These changes are caused by gradual degeneration of tissues in the lens of the eye, as well as poor circulation and oxidative stress. People with cataracts begin to see the world as though looking through a fog. Over time, they are completely blinded. Cataracts are not only common in the United States, but are actually the most common cause of blindness worldwide. While they can often be corrected with surgery, this is a complicated and expensive procedure. As with all diseases, prevention is the best cure.

Cataracts run in families, suggesting that there is a genetic component. However, lifestyle measures have also been long suspected to play a role. Because cataracts are a common and expensive problem, researchers in the UK decided to look at different lifestyle choices and how they may affect the risk of this disease. The results were enlightening, suggesting that intake of a common vitamin may protect against cataracts as well as a variety of age-related disorders that affect vision. 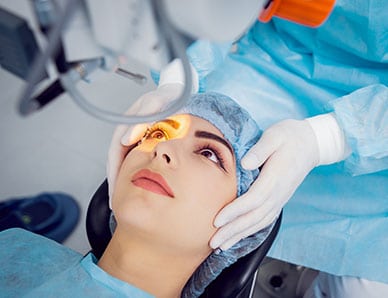 In a recent study, researchers looked not only at intake of vitamin C and cataracts, but also a range of nutrients from vitamin A to trace metals like copper. In addition, lifestyle choices such as smoking were tracked. While getting adequate nutrition is a recommended way to prevent age-related disease, vitamin C appears to be especially important in protecting against cataracts and other signs of age-related degeneration.

It was found that over a 10-year period, people who took in high levels of vitamin C, either from diet or from supplements, had one-third less chance of developing cataracts and other vision changes. Researchers found the same connection even when studying twins, which suggests that vitamin C intake is even more important than genetics in determining whether a person will develop this disease.

This research suggests that vitamin C intake is a crucial factor in the age-related degeneration of eyes. Eating foods rich in vitamin C, such as citrus fruits, berries and a variety of fruits and vegetables, may help you to retain good eyesight over the course of a lifetime.

More diseases appear to be more affected by diet and nutrition than we could have previously imagined. This is important because rates of chronic disease are increasing almost constantly. Despite higher access to healthy foods than ever before in human history, modern life makes it difficult to eat the wholesome plant-rich diet that we need for optimal health.

Do you get enough vitamin C in your diet? Because vitamin C is present in so many foods, most people assume that they are getting enough of this nutrient. However, the typical Western diet is deficient in many vitamins, making supplementation with vitamin C and other important nutrients highly beneficial.  Getting all of your daily vitamins is important not just for feeling as healthy and energetic as possible, but for protecting against debilitating and disabling diseases.