Treating depression is one of the biggest challenges facing the field of modern primary care. Although we have treatments that can help, a cure remains elusive for millions of people suffering from this health disorder. According to new research on 5-HTP and tryptophan for depression, a unique formulation combining fast-release 5-HTP and timed-release L-tryptophan may help more people to get the relief that they need.

Depression in the Western World

Depression is an all too common health problem in the modern world. Studies have found that around 6.7 percent of people will suffer from this mental illness in any given year. More than just sadness, this disorder can involve changes in sleeping and eating patterns as well as a general loss of pleasure and motivation. Without effective treatment, depression often leads to negative long term changes such as an inability to work or the breakdown of formerly close relationships.

The current first-line medication is a class of drugs called SSRIs. While these drugs are the most effective choice for antidepressant medications, they successfully treat depression less than half the time. In addition, these medications can have devastating side effects such as fuzzy thinking, weight gain and a loss of sex drive. Although they increase blood levels of serotonin, the neurotransmitter responsible for feelings of happiness, the benefits of this class of medication sometimes are just not worth the side effects. While SSRIs remain the best treatment on the market, a growing number of people need a new solution. Could there be a natural alternative?

Research on 5-HTP and Tryptophan for Depression

5-HTP and tryptophan are both components of serotonin, the so-called happiness hormone. Increasing blood levels of these two building blocks appears to increase levels of serotonin. In fact, when taken orally, 5-HTP can cross the blood-brain barrier while orally administered serotonin cannot, allowing serotonin to be synthesized where it is most needed to improve mood. This suggests that both tryptophan and 5-HTP could potentially be effective for treating depression.

Although these natural substances have grown in popularity over the past several years, the research regarding 5-HTP and tryptophan as a depression treatment is mixed. The aforementioned study found that patients only saw a temporary lift in mood, but no change in depression as a whole. This is due to the fast metabolism of 5-HTP, which is used up in just two hours. The most complete meta-analysis on the subject compared both supplements to a placebo and found there was simply not enough evidence to determine if they were as effective as SSRIs.

New Formulations of 5-HTP and Tryptophan: Could Natural Remedies Be the Answer?

If the short life of 5-HTP and tryptophan are the reason these naturally occurring neurotransmitters are less effective, would an extended-release version be more effective? This was the question posed by researchers in a study from the University of Milan in Italy that was published in the journal NUTRAfoods. A team of biochemists and pharmacists developed a tablet with a novel formulation of the two popular natural remedies: The outer layer contained a fast-release version of 5-HTP while the internal portion had tryptophan and 5-HTP formulated to be released slowly throughout the day. 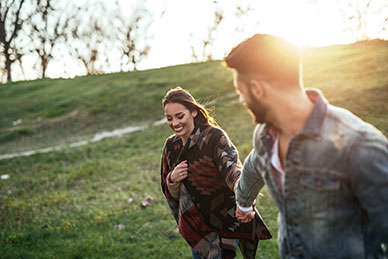 The new formulation was found in its first clinical trial to be effective for both mild and moderate cases of depression. In addition, it had relatively few side effects. It performed significantly better than placebo, which suggests that this treatment may present hope for people struggling to get control of a debilitating mood disorder. In addition, both 5-HTP and tryptophan are natural ingredients made by the human body as well as a variety of plants.

Could this be the natural and effective option so many are seeking? Although more study will be needed, the data is certainly promising.

Although this new formulation of 5-HTP and tryptophan is promising as a future alternative remedy, it is not the only natural way to deal with depression. Whether you use antidepressants or not, the following natural methods can help to fight the blues:

Doctors note that these natural remedies are most effective when used in combination with prescribed antidepressants and high-quality therapies. As with all supplements, it is important to discuss any natural remedies with your physician so you can find out if they are right for you. There is no cure for depression, but there is also no need to suffer alone. There are a huge range of medications and natural remedies that can help alleviate the symptoms of this destructive disorder.