It is estimated that 17% of the population over the age of 65 already has a mild cognitive disorder. While age is the greatest risk factor, with Alzheimer’s disease and dementia being the leading causes, cognitive decline bears no limitation to any specific demographic. Conditions such as brain injury, depression, PTSD, schizophrenia and stroke are all known to be accompanied by signs of cognitive impairment. Recent research into the relationship between the hippocampus, serotonin, and memory has begun to shed light on why this may be and may provide a pathway for future therapies.

The Hippocampus, Serotonin, and Memory

As a part of the limbic system — the regions of the brain associated with emotion, learning, memory and motivation — the hippocampus has long been implicated in our ability to learn and store memories. Previously published research demonstrated that persons with damage to the CA1 region of their hippocampus experienced extreme impairment in both autobiographical and episodic memory as well as difficulty with place learning. In patients suffering from Alzheimer’s disease, the hippocampus is usually one of the first areas of the brain to show signs of damage.

Serotonin (5-hydroxytryptamine or 5-HT) bears a great influence on the hippocampus. Mounting evidence suggests that serotonin may play a vital role in learning and memory formation. According to earlier research published in Neuropsychopharmacology, researchers found that serotonin disruption interfered with memory recall. In a study conducted by Johns Hopkins University, researchers found that individuals with cognitive impairment had less serotonin and performed lower on verbal memory tests.

Even though a link seems apparent, the exact relationship between the hippocampus, serotonin and memory has not been completely understood. Previous research has left it unclear whether serotonin’s effects on learning and memory were due to the role of serotonin itself in relation to memory or to whether it influenced behavioral or emotional aspects that could affect memory. In a study that was recently published in the journal Neuron, researchers from Columbia University Irving Medical Center (CUIMC) examined the role of serotonin in the hippocampus in the hopes of gaining more insight into this connection.

Serotonin Is Necessary for Memory Formation 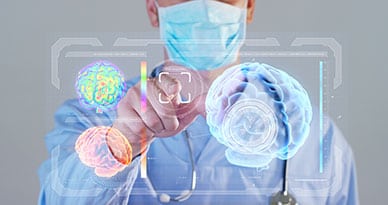 In order to gain a better understanding of serotonin’s function within the hippocampus and how it relates to memory and learning, the team used a technique called optogenetics. Optogenetics makes use of pulses of light to either stimulate or inhibit neuronal activity. The researchers used this technique to essentially turn the receptors on and off in order to study the various serotonin pathways in the hippocampal CA1 region.

In their experimentat, the team discovered that as serotonin levels increased, neuronal communication within the CA1 region was strengthened, and as a byproduct, there was a marked improvement in spatial memory. Conversely, when serotonin release was inhibited and serotonin levels lowered, neuronal communication declined, and spatial memory was significantly impaired. The team believes this to demonstrate that serotonin not only boosts learning ability and memory, but it is actually a necessary component for memory formation to occur in the first place.

With this connection revealed, the researchers set out to determine exactly which specific class of serotonin receptor was involved in learning and memory. According to CUIMC research scientist Catia Teixeria, Ph.D., “First, we found that when serotonin is released from its endogenous pools within the hippocampus during learning, memory of the learned event is strengthened. We then reasoned that by identifying a dominant involvement for one type of serotonin receptor, we could test drug treatments on memory performance. Indeed, we found that systemic modulation of 5-HT4 receptor function with drugs enhanced memory formation.”

The team’s findings regarding the specific serotonin receptor 5-HT4 echo earlier research that identified the receptor’s significance to memory. One previous study showed the 5-HT4 receptors to influence spatial learning and memorization in rats, and in another study, 5-HT4 receptor levels were accurate predictors of memory test performance in human participants.

Brain Enhancement Drugs May One Day Be a Reality

This breakthrough discovery may very well pave the way for future pharmacological solutions that could both boost memory, improve learning deficits, and aid in combating the effects of cognitive decline that accompany age, Alzheimer’s disease, depression and schizophrenia. According to the senior author of the study, Mark Ansorge, Ph.D., “Our data reveal the powerful modulatory influence of serotonin on hippocampal function and memory formation, and they support the rationale to target 5-HT4 receptors for pharmacotherapy of cognitive impairment.”