Resveratrol is present in red wine, berries, grapes and a variety of healthy foods. It has become a popular supplement in the last several years. Believed to have powerful antioxidant properties which promote healthy aging, this plant compound is being linked to a variety of positive health effects in studies. A new study looking at resveratrol and heart disease shows promise for the use of this supplement to protect against atherosclerosis, but through a surprising mechanism.

Resveratrol is a compound that many plants make when they are injured or have an infection. It is believed to aid in DNA repair and act as an antioxidant in human cells, while also improving mitochondrial function. While resveratrol is best known for being present in red wine, it also can be found in grapes, berries, peanuts and a variety of plant foods.

Because the effects of this natural plant compound can improve the health of almost every cell in the human body, resveratrol is a very versatile supplement. It has been found to protect against cardiovascular disease, seems to be beneficial for certain types of cancer and may even promote healthy aging. Surprisingly, a new study has found that the positive cardiovascular effects of resveratrol may be due to its effect of the microbiome of the gastrointestinal tract.

The Microbiome and Heart Disease 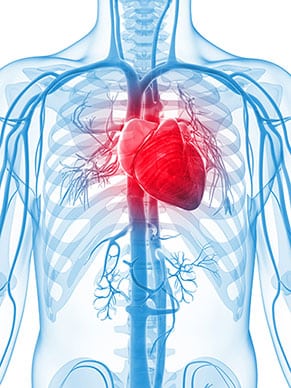 Atherosclerosis is the root cause of many types of heart disease. When blood vessels are partially blocked by plaques, areas of the heart can lose blood supply. If the loss of blood supply is great enough, it can lead to cell death, also known as a myocardial infarction or heart attack. A large amount of atherosclerosis, or plaque build-up in blood vessels, is the result of inflammation.

Recent studies have found that the condition of our microbiome, or the bacteria that live in our gut, can have an immense effect on atherosclerosis and the inflammation that causes it. At the same time, resveratrol has been shown to have far-reaching effects on the microbiota of our guts. It promotes healthy levels of bacteria that have positive health effects while reducing those that can cause disease. In addition, it helps reduce the populations of bacteria that release the inflammatory factors that can lead to blood vessel damage. New studies suggest that in the future, due to its protective effect on the healthy bacteria in the gastrointestinal tract, resveratrol may be useful in both protecting against and treating cardiovascular disease.

Another possible link between resveratrol and heart disease relates to the way in which it promotes healthy aging. Researchers have long known that controlled food restriction can slow aging and lead to a longer lifespan. This is due to a class of enzymes made by the body in times of food deprivation called sirtuins. Higher levels of sirtuins can reduce the risk of heart disease, arthritis, and other conditions that we associate with aging, which is why controlled fasting can have so many positive health effects. Sirtuins may even slow visible signs of aging such as wrinkles and changes in skin texture. Resveratrol has been shown to increase production of sirtuins. Between its effect on the microbiome and its effect on sirtuin production, this simple health supplement appears to be a powerhouse of cardiovascular disease protection.

The cogs of the pharmaceutical approval process turn slowly, so it may be years or even decades before isolates from resveratrol are used as drugs to treat cardiovascular disease. However, people can benefit from the effects of this nutritional powerhouse by taking a high-quality resveratrol supplement or by choosing foods and drinks that are rich in this phytonutrient. There is no need to wait to enjoy the healthy effects of a healthy diet and supplement regime.