We make a plethora of decisions every day of our lives, from which shoes to wear to which politician to vote for in elections. Although we do not consciously realize it, a great deal of neurological activity goes into making even minor choices. During the decision-making process, neurons in three different areas of the brain communicate with each in a series of rapid firings that can take less than a second. Our brains balance risk, the likelihood of reward and emotions with our own life experiences, memories and knowledge. This intense brain activity results (ideally) in a clear decision that suits our values and needs.

However, there are differences in the way we make decisions at different times of day. You may be surprised to find out that the decision you make in the morning is very different from the decision you might have made late at night. Even more surprisingly, researchers can predict how your decision making varies throughout your day.

Time of Day and Decision Making

How can researchers study the way you make decisions? There are a variety of approaches; some use logic-based games such as chess while others look at the choices made by professional decision makers, such as judges, throughout their day. Regardless of the approach, research has found that there is a clear pattern. People are more likely to make decisions with higher risk and higher potential for reward early in the morning. As the day wears on, we become more likely to make the safe choice even if we stand to gain a great deal less.

Why do humans make different decisions at different times of day in such a predictable manner? There appear to be multiple factors at play, including levels of neurotransmitters, a phenomenon known as decision fatigue and even the chronotype of the decision maker.

Serotonin: How the Happy Hormone Influences Your Choices

Serotonin is a brain chemical usually associated with happiness. A shortage of serotonin can cause depression and other mental illnesses, but it’s also important for relaying messages between different areas of the brain. According to new research, serotonin levels may be a factor in why you make varying decisions at different times of the day. High serotonin levels calm us and make us more likely to take risks. As the day wears on, we begin to make decisions that involve less risk (and often less reward) due to a decreasing amount of this vital neurotransmitter.

The results of lower serotonin levels can have serious consequences. Judges who hear parole cases all day are far more likely to grant parole early in the morning as well as after breaks. People who have parole hearings later are much more likely to see them denied. The truth is, we all engage in a different reasoning process as the day wears on. This is due to mental fatigue resulting from using up stores of serotonin and other neurotransmitters needed to effectively weigh risks and rewards. 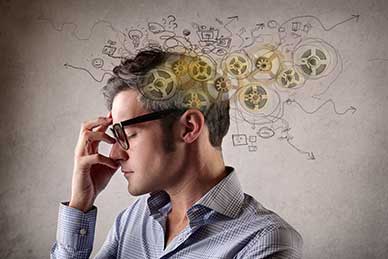 Have you ever gotten tired of making decisions? This is a universal phenomenon known as decision fatigue. Unfortunately, we all must make a variety of significant and less significant decisions throughout our day, leaving the areas of our brains that are involved in these processes less energetic. Should you get up early to prepare a healthier breakfast or sleep in and grab a cup of coffee instead? Even these little decisions quickly add up to a tired brain.

Decision fatigue is becoming more of an issue in the modern world. While people in days gone by might make a handful of decisions every day, we have more choices, and thus are more likely to become fatigued. We have several pairs of shoes, many options for breakfast, and a variety of decisions to be made before we even walk out the door. This adds up to minds that are simply tired and lacking the ability to weigh risks and rewards in a way that leads to good decision making. The degree of decision fatigue also may be affected by our unique chronotypes. While we all suffer from the effects of depleted neurotransmitters, “morning larks” tend to think best earlier in the day while so-called “night owls” appear to make their best decisions at night.

If you would like to improve your decision making at times of the day when it is a problem for you, consider these helpful tips.  First, make big decisions early in the day, when your brain is fresh. Eat and take a short break before agreeing to any potential plan or solution. If you speak a foreign language, try thinking about your decision in it. Research has found that people often think more rationally when using a foreign language because they lack the idiomatic knowledge to fall prey to emotional arguments. Last, get some air. High oxygen and low carbon dioxide both help your brain to react as calmly and rationally possible.

Researchers are still studying how the time of day for making the best decisions coincides with our circadian rhythms. Until we have performed more study in this area, it’s best to get quality sleep, care for your internal clocks, and keep as close to your inborn sleep-wake pattern as possible. Sleep is essential to living a long and healthy life.