You are here:Home / Products / OPC 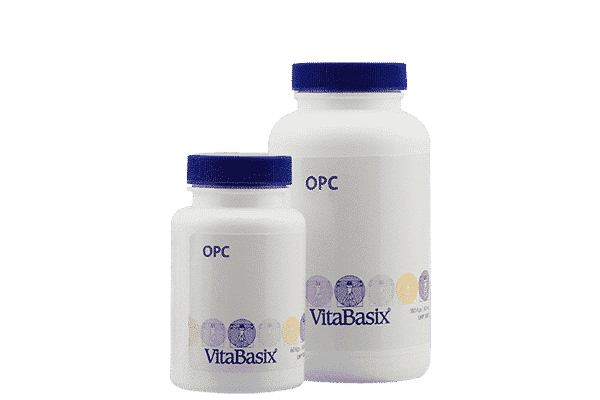 OPC is a very potent antioxidant, a highly effective protection against cardiovascular diseases, allergies, skin diseases and protects against the consequences of age and stress.

Free radicals are the «bad guys» among the potentially harmful environmental influences and are considered the main culprits for the negative manifestations of age. According to scientific findings, they are at least involved in the origin, and mainly also in the course, of very many age-related diseases such as, for instance, diabetes, rheumatism, atherosclerosis, Parkinson’s disease, Alzheimer’s disease, retinopathies, etc. They also play an important role in allergies and diseases of the skin.

Free radicals are molecules in a state of chemical imbalance, and therefore they are very reactive. They always try to form new compounds in order to attain a chemical balance.

Free radicals are, however, also necessary for the organism as, among other things, they are used  by the defense cells of the immune system to combat pathogens. If there are too many free radicals in the body, however, they trigger an oxidation process which also attacks and destroys healthy cells.

Under normal circumstances, our organism can keep the share of free radicals within limits and regulate them by the body’s own enzymes. Many environmental influences such as cigarette smoke, radiation, false nutrition, etc. cause a surplus in free radicals, though. In such a case the body needs help in the form of an additional intake of antioxidants which counteract the harmful oxidation process. Such substances are enzymes, the vitamins C and E, betacarotene and particularly OPC.

Catechins – substances belonging to the polyphenol group – are synthetized by many plants, among others by grapes, cranberries, blueberries, maple, pine, red-flowered hawthorn and legumes. But also parsley and peanut shells contain catechins. Cate­chins tend to form chemical bonds among each other. If this has happened, they are called oligomeric procyanidins, or OPC, and this is also the name under which these substances are known.

Although OPC is found in very many plants, the natural ingestion of this substance through food is almost impossible as OPC is mainly found in the skins, husks, pods, shells or kernels / seeds of various fruit. Therefore, it has to be industrially extracted.

Investigations have shown that OPC not only has a similar effect as the vitamins C and E but that it probably is the true, natural substance that increases the effect of these vitamins.

OPC stands out from among the antioxidants because:

In normal cases take 1 capsule 1 – 3 times a day at mealtimes with plenty of fluid.