Low-fat diets are all the rage in the Western world, with many trying to follow medical advice to keep fat consumption low and avoid fried foods. However, there is one fat that many people actually need to consume more of: omega-3 fatty acids. These fatty acids are important to brain and joint function and play a vital role in almost every area of the body.

What Is are Omega-3 Fatty Acids? 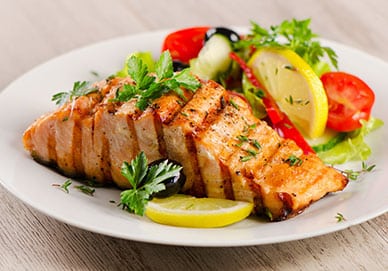 Omega-3s have a variety of positive health effects, but they are not present in large enough amounts in the Western diet. This is why physicians often recommend that people take a supplement with these healthy oils. They have been found to support good joint function in people with arthritis, improve cardiovascular health and protect against cellular inflammation. While these are all positive effects, new studies are suggesting that the real benefit of omega-3s may be related to brain function and mood.

Major Depressive Disorder (MDD) is one of the most severe types of clinical depression, as well as one of the most difficult to treat. People who suffer from this disease feel a pervasive sadness that affects every area of their lives. While there are many antidepressants available, it can be difficult to find a dosage high enough to treat the effects of this disease yet low enough to minimize side effects. A new study suggests that taking an omega-3 supplement can help people suffering from MDD.

In this study, researchers found that omega-3s had an effect similar to antidepressants on people with MDD. Even better, these long chain fatty acids can be taken along with antidepressants, potentially doubling the mood-boosting effects. Most antidepressants increase the amount of circulating serotonin, the hormone associated with happiness. Omega-3s appear to increase the sensitivity of cell receptors to serotonin, allowing the higher circulating levels of this hormone to have an even greater effect. In addition, the effect of omega-3 fatty acids on serotonin receptors can improve the mood of people who are not even taking antidepressants.

A slight decrease in memory and cognitive skills is normal in aging. However, people with Alzheimer’s disease and other forms of dementia suffer losses that are abnormal and have negative effects on almost every area of their lives. In Alzheimer’s disease, most of the effects are caused by loss of neurons, especially those with acetylcholine receptors. Acetylcholine is essential to brain function, so the inability to respond to this neurohormone can affect cognition and almost every aspect of a patient’s life.

New research is giving hope for those suffering from Alzheimer’s disease, finding that taking omega-3 fatty acids appears to have a protective effect on neurons. People who take an omega-3 supplement perform better on memory tests and show fewer symptoms of Alzheimer’s disease and other age-related cognitive decline. This study suggests that we all may be able to protect our brains from both natural aging and degenerative disease by taking a simple fish oil supplement.

There are many amazing new drugs on the market, but research is finding over and over that the keys to managing some health concerns are already available to the public. Certain dietary supplements can improve health comparable to some “miracle drugs,” but with fewer side effects and less expense. Omega-3s appear to be important in maintaining a good mood and high cognitive function, so this supplement should be part of your daily health regimen.