The idea of taking vitamin C for colds is common. However, does it really help? New research revisits this old controversy—with surprising results.

Many people throughout the ages have relied on vitamin C to help treat the common cold. From folk remedies like lemon in tea to popular vitamin C cold supplements, we turn to vitamin C to lessen cold symptoms and to reduce the duration of the illness. However, the use of vitamin C for colds remains extremely controversial in the medical and scientific worlds.

C is for Controversy

If you are one of those who takes vitamin C for colds and cold symptoms, you are not alone. However, your assumptions about the benefits of vitamin C for colds may not be entirely correct. The current weight of evidence suggests that vitamin C does not improve cold symptoms or lessen the length of a cold significantly except in select populations such as children and people who are under physical stress. In these people, taking a daily vitamin C supplement made them half as likely to catch colds. In addition, they saw a sizable decrease in the duration of colds and the severity of symptoms. However, the rest of the population does not appear to obtain many benefits.

However, the issue of vitamin C and the common cold is being revisited recently in several studies. Despite the controversy among physicians and scientists, the general public appears to believe that vitamin C is helping them. Could prior studies be wrong about the impact of this vitamin? 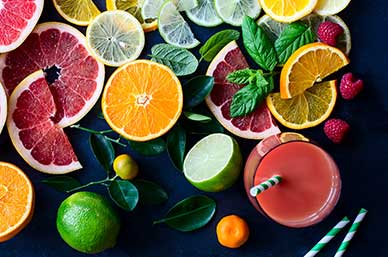 A meta-analysis is one of the most compelling types of evidence. In this type of research, scientists compile all of the numbers from different studies to find a solid conclusion. These are especially valuable in cases where there are multiple small studies with conflicting evidence, which is the case with vitamin C for colds. Researchers performed a meta-analysis of the hundreds of studies on vitamin C to settle the controversy once and for all. This meta-analysis found that vitamin C shortens the length of colds and that this effect is especially profound in children.

The effects of vitamin C appear to be especially noticeable when people take large doses of it, a factor that was not considered in many prior studies. Further, the researchers involved note that vitamin C has no adverse effects, no toxicity and is inexpensive. They appeared to feel that this is a low-cost way to make an impact, however small, on the impact of the cold season. While this should have settled the controversy, it appears to have merely reawakened it.

How Much Does Dosage Matter?

As this study notes, dosage may make a huge difference in how vitamin C affects a cold. Many studies look at the effects of the recommended daily allowance, but most people treating a cold with vitamin C take much higher doses. Because vitamin C is a water-soluble vitamin with a very short half-life in the human body, it is functionally impossible to overdose on it. It has no toxicity, with even doses of 50 times the recommended amount causing only a stomachache. Taking super-doses of this vitamin to treat a common cold is not contraindicated.

A recent study looked at how taking high dose vitamin C affected infections. The results were clear: Taking high doses both prevented and treated a diverse range of infections, from bacteria to viruses to even protozoans. The length of colds, caused by a virus by definition, was shortened by almost 20 percent on high dose vitamin C and symptoms were reduced during this time as well. It appears that folk remedies were correct in this case, as long as people are mega-dosing on the vitamin.

Treating a Cold the Natural Way

There is currently no medical remedy for the common cold. However, there are a few ways that you can help to improve your symptoms and perhaps even shorten the length of time that you are ill. First, take care of yourself as soon as you feel the first signs of an illness. Getting plenty of rest, eating healthy food and otherwise pampering yourself will ensure that your immune system can work efficiently to fight off the infection.

Second, turn to the remedies that your grandmother used. These include taking plenty of vitamin C, in either pill or food form and drinking soup. Chicken soup has actually been found in studies to be an efficient remedy for colds.  Getting enough vitamin D has also been found to reduce the risk of respiratory illnesses. Last, make sure the buck stops with you. Stay home when you are ill whenever possible to keep the germs away from other people. Sneeze into your elbow, wash your hands regularly and consider wearing a face mask to keep the germs contained. Getting rid of the cold as quickly as possible while preventing its spread are the best ways to get back to full health as quickly as possible.