Scientists from Japan’s RIKEN Center for Integrative Medical Science and Kyoto University have uncovered how our guts secrete antibodies that promote good bacteria to flourish. According to their research, the immunoglobulin A (IgA) antibodies secreted in the gut alter gene expression in bacteria, which allows different species of bacteria to work with each other to form a bacterial community that helps to protect our bodies from illness. The team’s latest findings have been published in the Journal of Experimental Medicine.

Immunoglobulin A and the Gut Microbiome

The immune system’s first line of defense, antibodies, also called immunoglobulins, are proteins that our bodies produce in order to protect against microbial pathogens. Previous research has indicated that antibodies played a role in gut health. In a 2002 study, after noticing that mice with low levels of the IgA antibody also possessed atypical microbiomes, the RIKEN team first proposed that IgA antibodies may play a role in the maintenance of bacteria in the body. Until now, however, scientists have been unable to pinpoint the exact nature of this relationship.

Researchers first discovered the IgA antibody around 50 years ago. Approximately two to five grams of the antibody is produced by our intestines every single day. It’s long been believed that the sole role of antibodies is to seek out and destroy bacteria, but we’re now learning that in some cases, antibodies actively work with bacteria, and vice versa, to promote balance in the body. For instance, a 2016 study published in the journal Cell Host & Microbe showed that the bacteria in our guts releases by-products during the metabolic process that actually boost the body’s production of antibodies, highlighting the complex nature of this two-way relationship.

The human body is home to trillions of microorganisms that bear a direct impact on our health and wellbeing. Over a thousand of species of bacteria reside in the gastrointestinal tract alone. They play a critically important part in everything from brain function, hormonal regulation, and nutrient production to disease resistance and immune response.

As well as being the immune system’s most effective defense against pathogenic bacteria, new research has demonstrated how IgA also promotes the growth and maintenance of the gut’s “good” bacteria. A study conducted by Caltech earlier this year and published in the journal Science sought to uncover the methods by which specific strains of bacteria take up a near-permanent residence in our guts and found that IgA was actually responsible for helping certain bacteria to colonize and thrive in our guts.

“It is surprising to find that an immune response actually helps beneficial bacteria to thrive, which in turn helps the host thrive. The study of immunology has mainly been in the context of pathogenic bacteria. But there are trillions of bacteria in the gut, and most of the time none of them are making you sick. Our study shows that there is active immune recognition of these bacteria, but it helps rather than hinders them. This suggests that the immune system is more than just a defense system and antibodies are more than just weapons,” said Gregory Donaldson, study lead.

With the importance of gut health clear, scientists continue to try and unpack the impossibly complex relationship we share with our bacterial guests.

In their latest work, researchers from the RIKEN center set out to further study just how IgA promotes healthy bacteria. Antibodies typically respond to “bad” bacteria after recognizing certain proteins that exist on the bacteria’s surface, however, the team found that IgA antibodies were also responding the healthy bacteria in the gut and that one common bacteria found in the gut, Bacteroides thetaiotaomicron (B. theta), was “particularly susceptible” to coating by IgA.

The team discovered that being exposed to IgA causes B. theta to upregulate two proteins, which the team called Mucus-Associated Functional Factors (MAFFs), that help the B. theta to grow in the mucous membrane of the GI tract as well as producing metabolites that promote the flourishing of other beneficial bacteria as well.

“We knew that immunoglobulin A contributed in some way to gut health, but it was exciting to discover this new mechanism, the MAFF system, that actually promotes symbiosis among the bacteria that inhabit the mucous membrane of the gut,” said lead author of the study Keiichiro Suzuki in a press release. 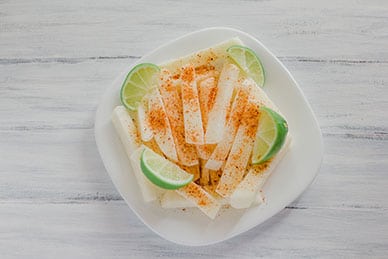 The team hopes that their findings will help pave the way for new treatments for conditions such as inflammatory bowel disease. According to Suzuki, “the MAFF system is also present in humans so it is an interesting target of research, but there is still much to be investigated. We need to identify its molecular target and find out how its expression is regulated along with neighboring genetic elements, with the hope that answering these questions could lead to the development of new methods for therapies or prophylaxis of inflammatory bowel disease.”

Tips to Promote a Healthy Microbiome and Boost Immunity

There are a number of simple, natural ways to promote a healthy balance of friendly gut bacteria for optimal immunity:

Eat a diet rich with a variety of fermented foods. Fermented foods like yogurt, tempeh, sauerkraut, and kombucha contain a healthy blend of beneficial microbes and are a safe, natural way to promote healthy gut bacteria.

Consume high-fiber natural prebiotics and daily. Prebiotics are types of dietary fiber that help to feed the good bacteria in the guts. A few rich natural sources of prebiotics are raw garlic, onions, dandelion greens, jicama and bananas.