You are here:Home / Products / Tribulus 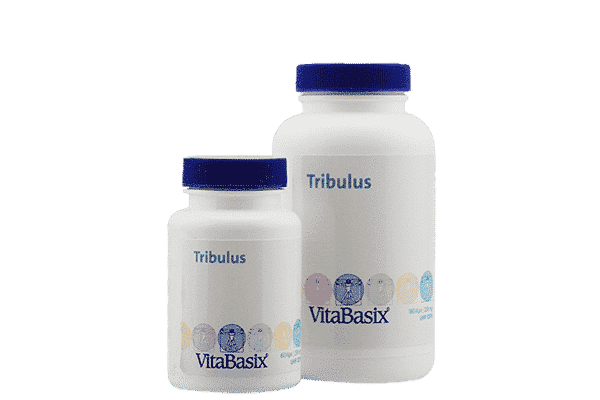 Tribulus is a plant-based «testosterone booster» which enhances physical performance, libido and muscular growth in a natural way.

Tribulus is a natural, non-hormonal food supplement and is obtained from the medicinal plant tribulus terrestris. The medicinal plant, which grows in Hawaii, Eastern Europe, India and Africa, has been used to treat a number of various different diseases in these regions for centuries: muscular atrophy, reduced libido, impotency, infertility, edemas, liver complaints, renal diseases, heart problems and many others.

On account of its effects, tribulus is the best plant alternative to the synthetic – and mostly illegal – anabolic agents, as it comes closest to them in its effect. The only difference is that tribulus does not have any toxic side effects.

For athletes this means muscular growth and greater physical power as well as shorter recuperative times and convalescence periods after injuries. Together with the diuretic testosterone effect, this causes a well-­defined muscular profile.  Other positive effects of tribulus or the raised testosterone levels are increased general wellbeing and mood as well as a lowering of the cholesterol levels.

The active ingredients contained in tribulus are special secondary plant substances, the so-called saponines. The saponines (latin sapo = soap) are water-soluble natural glycosidic substances frequently occurring in plants. The main active ingredient is the substance protodioscine, a steroid-like compound. By stimulating the pituitary gland, tribulus causes the release of luteinising hormone (LH), which in turn speeds up testosterone production. The result is a raising of the free testosterone level in men and a raising of the progesterone level in women.

The traditional healing effect induced a medi­cal research group at the chemical research institute in Sofia, Bulgaria, to subject tribulus terrestris to an intensive series of trials. A wide variety of different tests were carried out in humans and animals in the past 20 years, which proved that tribulus releases increased quantities (up to 72 percent) of the luteinising hormone (LH), thereby signaling the body to send more testosterone (up to 42 percent) into the blood stream.

In normal cases take 1 – 3 capsules a day at mealtimes with plenty of fluid.