You are here:Home / Products / Melatonin 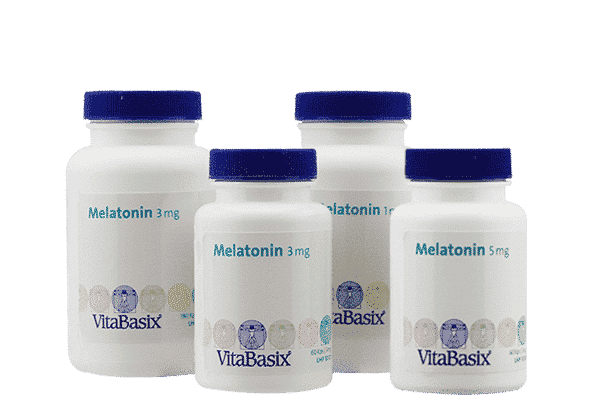 For a natural sleep and a fresh start to the day!

Melatonin (N-acetyl-5-metho xytryptamine) is a natural hormone which regulates the biological clock of man. It is produced in the pineal gland and cyclically released into blood in small quantities at a certain rhythm. In this way it «informs» the entire body about the current circadian (daily rhythm) phase. Melatonin can be found in human beings, animals, plants and even monocellular and phylogenetically very old algae (3 billion years). Melatonin is mainly secreted when it is dark. During the day hardly any melatonin is produced. Due to the different conditions of light there exists, in addition to the circadian (daily) rhythm, also an annual rhythm. In winter, melatonin is produced and released into blood over a longer period of time than in summer.

Up to the third month of life hardly any melatonin is produced. Thereafter, the serum melatonin values increase and eventually the circadian cycle develops. Between the age of one and three years the highest melatonin concentrations are reached. Elderly people no longer have the high melatonin levels of young people during the night. This is possibly also the reason why the elderly complain more frequently about sleep disturbances. In young people an about 12-fold increase in melatonin levels is observed during the night while the increase in the elderly is only about 3-fold.

The best researched and documented effect of melatonin is its influence on the sleep-wake rhythm. Melatonin is well-suited to treat difficulties in falling asleep as well as in sleeping through the night. Melatonin has also proven to be effective in relieving symptoms of jet lag. When taken, the level of activity that existed before the flight is reached more quickly. Melatonin is also suitable for shift workers, who often suffer from sleep disturbances.

Sleep: After its discovery in 1958 by Dr. Aaron Lerner, melatonin has been the subject of intensive research since the beginning of the 1980s. At this time the effect of melatonin on sleep-wake regulation was discovered and the substance was used for sleep disorders and jet lag. In double-blind studies it was shown that melatonin helps the individual to fall asleep and increases the quality of sleep, as well as promoting sleeping through the night. However, melatonin cannot be compared with conventional soporifics, which often have very pronounced side effects and also a quite considerable habit-forming potential. Some soporifics even suppress the production of melatonin. Melatonin, however, has no addictive effect but optimizes the natural sleep rhythm. This is the reason why it does not cause the morning tiredness which is often felt by people taking soporifics.

Jet Lag: Melatonin is capable of regulating the shifts in the sleep-wake rhythm which often occur in flights crossing several time zones.

Due to its short half-life of about 30 minutes, melatonin should be taken shortly before going to bed with plenty of fluid.

To stimulate the immune system, to improve well-being and support a healthy cardiovascular system:

For shift workers: up to 5 mg daily 30 minutes before the beginning of the subjective time of sleep 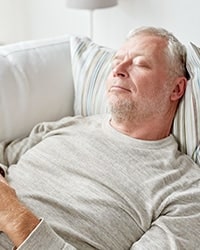