You are here:Home / Products / BioPQQ™ 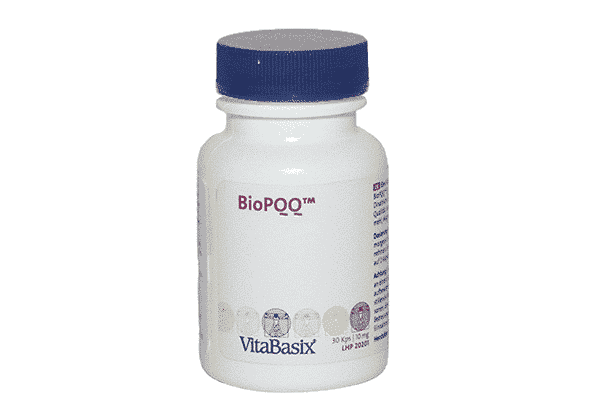 Ideal food supplement to compensate energy weakness and to prevent burn-out in women and men. Increases the efficiency of the mitochondria and improves anti oxidative capacities.

Pyrroloquinoline quinone (abbreviated PQQ) was first discovered by the Norwegian biochemist, Jens G. Hauge in 1964 as an important cofactor in metabolic processes in bacteria. The microbiologists, C. Anthony and L. J. Zatman, recognised in 1967 that this previously unknown factor was also significant with regard to the breakdown of alcohol. This is why they gave the substance the name methoxatin. Approximately 15 years later, the biologist S. A. Salisbury, along with his colleagues, were successful in isolating this substance from certain microorganisms and determining its exact chemical structure. However, it was not until 2003 that the work group of the Japanese brain researcher Tadafumi Kato discovered that this substance also occurs in rodents and other mammals, including humans.

It is assumed that PQQ has to do with an important redox cofactor that can be classified as a new B-vitamin, such as niacin or riboflavin for example. The main function of this new vitamin is the regulation of the metabolism of the amino acid lysine.

Its classification as a vitamin has been questioned for long time; however, today scientists agree that the substance PQQ is an essential vitamin. Thereby, 55 years after the discovery of the last vitamin, vitamin B12 in 1948, a new substance was added to the vitamin family in 2003.

Support has been provided to show that PQQis truly another vitamin due to both its structural similarity to vitamin B2 and vitamin B3 and the fact that PQQ cannot be independently formed by the majority of organisms and has to be attained via dietary intake. Its location in the mitochondria should stimulate the formation of new cellular power sources. PQQ is located directly at the place where free radicals are formed in the mitochondria and so it can intercept these. Furthermore, it provides for the activation of important mitochondrial repair mechanisms. It is a strong antioxidant that is much more resistant than vitamin C, and can counteract a series of diseases. For example, in the case of type-2 diabetes, it is capable of improving the insulin sensitivity level. Furthermore, it is an important protection factor for heart cells and the brain. In addition, the improved activity of the mitochondria by means of PQQ could be considered helpful in preventing cancer.

The main sources of this water-soluble vitamin include certain fruits, such as papaya and kiwi, but also various tees, green vegetables, milk, (in particular breast milk), and certain meat products. However, the largest amount of PQQ can be found in fermented soy; the traditional Japanese food natto. Since the concentration of this vitamin is often too smallin food products, supplying it by means of dietary supplements is recommended.

Even today, the mystery of the exact effect mechanism of PQQ has not been completely solved. However, it is certain that PQQ is of immense significance as a cofactor in various reduction and oxidation reactions. Thereby, it could be proven that this substance, similar to the NAD / NADH system, can absorb electrons and release them again. In the mitochondria in particular, the released energy by means of the reconversion of PQQ-H2 into PQQ with the aid of the respiratory chain enzyme can be used in order to form energy-carrying ATP from ADP. In addition to this mechanism, scientists assume that PQQ is involved in more than 20,000 catalytic processes. If you compare this with the only four known processes that vitamin C is involved in, the possible importance of this newly-discovered vitamin is quite evident. Independent of these effect mechanisms, regions on certain genes were found to be influenced by PQQ, which appeared to regulate the gene expressions related to them. This property was not only described for genes in the mitochondria, but also for genes located in the cellular cores of certain tissue, such as neurons for example. Based on the biochemical molecular structure of PQQ, it can be assumed that this vitamin is also capable of intercepting free radicals regardless of whether these are formed due to oxidative or nitrosative stress.

In normal cases take 1 capsule in the morning with plenty of fluid. If required, the dosage can be increased to 2 capsules.