The prostate gland is a small organ that’s shaped like a walnut. This gland is responsible for producing seminal fluid, the liquid that transports sperm within a man’s body. This small but crucial gland is the site of one of the most common forms of cancer to afflict men — prostate cancer. When prostate cancer remains confined to the prostate gland, it usually causes little trouble. In fact, it’s not always necessary to treat this type of cancer, and when treatment is pursued, it involves minimally invasive techniques. A problem can arise, however, when the cancer starts to spread beyond the prostate gland. In these cases, more aggressive forms of treatment are required. 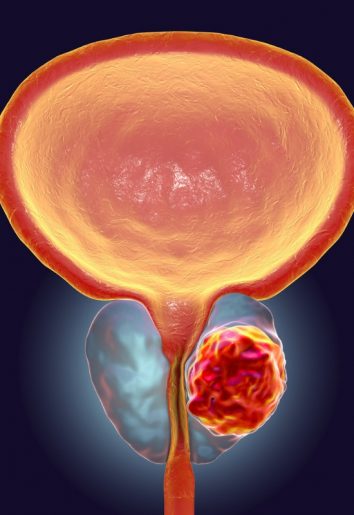 All men should be able to identify the common symptoms of prostate cancer. If one or more of the following symptoms are experienced, consult a doctor as soon as possible to rule out a serious cause:

One of the most common ways to treat prostate cancer is to remove the gland and some of the surrounding tissue. During the procedure, the surgeon will likely remove a few lymph nodes in the area as well, so the risk of a recurrence is minimized. Alternative methods of treatment include radiation and chemotherapy. Once the cancer is either removed or destroyed, the doctor may prescribe hormone therapy to block the release of testosterone. The prostate gland relies on testosterone to function, which is why prostate cancer cells can be affected by the absence of the hormone. Without testosterone, any lingering cancer cells will grow at a slower rate and may ultimately die.

There are many more treatment options available. If you do develop prostate cancer, discuss your options with your doctor. He may recommend multiple approaches to ensure the cancer is eliminated. Certain treatments can also reduce your risk of getting prostate cancer again.

While we know that age, diet, race and genetics play a part in raising the risks of developing this form of cancer, new research has also discovered that IBD may also play a part. IBD affects the gastrointestinal system, causing symptoms such as diarrhea, cramps and bloating. Both men and women can develop IBD and, as the CDC reports, more than three million people suffer from it annually. While it has been known that IBD raises the risk of cancer growing in the gastrointestinal tract, the link between IBD and prostate cancer had not been previously studied. A team at Chicago’s Northwestern Medicine sought to change that with a new research project.

The idea of a link between IBD and prostate cancer was already suggested in the way prostate cancer is diagnosed: Doctors use prostate specific antigens (PSA) to determine the presence of cancer. Since PSA levels are normally low, a spike indicates that cancer may be present. The problem is that men suffering from IBD also have a high PSA count. Doctors attribute this to the chronic inflammation that characterizes IBD.

To learn more about if and how the two conditions are related, the researchers compared 1,033 men with IBD against a control group of 9,306 men without the disease. As the project began, the men had an average age of 53; the two groups were studied for 18 years. By the end of the project, the researchers discovered a startling correlation between IBD and prostate cancer. Those men with IBD were five times more likely to develop prostate cancer than their healthier counterparts.

While more research may uncover evidence to explain this correlation, the research team has a theory. They believe the medication used to treat IBD may be the culprit. The body’s immune system seeks out and destroys cancer cells before they can grow, but IBD medication inhibits the immune system. It has also been suggested that IBD and prostate cancer share genetic links, which may also explain the correlation.

It’s never too early to adjust your diet and lifestyle to take prostate health into consideration. There are a number of natural ways to protect prostate health:

Flavonoids are miracle compounds that deliver powerful antioxidants to the body. Flavonoids possess anti-carcinogenic and anti-inflammatory properties, which may be why people who ingest flavonoid-rich foods and drinks are less likely to develop cancer. Studies have found that flavonoids may prevent prostate cancer, while killing prostate cancer cells that have started to grow. Green tea, fruits, vegetables and whole grains are rich in flavonoids.

Soy and soy byproducts are rich in phytoestrogens, which are a type of phytohormone found in plant-based foods. While not as strong as estrogen, phytoestrogens may be able to counteract the effect of testosterone in the prostate gland. In Japan, where soy is most commonly consumed, the men have a significantly lower rate of prostate cancer. 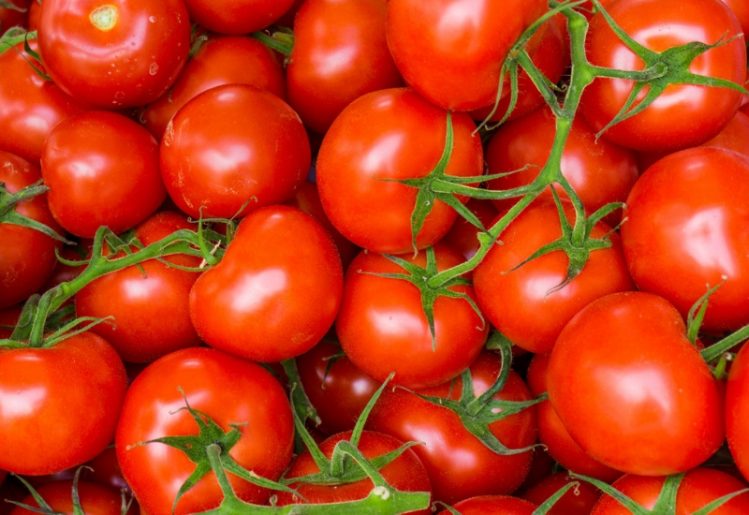 Regardless of how they’re prepared, tomatoes are believed to prevent a range of cancers from developing. The presence of a compound called lycopene gets the credit for this. Studies suggest it’s especially effective in preventing prostate, stomach and lung cancer.

The rush of antioxidants that coffee delivers to the blood stream is believed to prevent many types of cancer, including prostate cancer. Those antioxidants attack the free radicals in the body that are responsible for cancer cells. Adding more antioxidants to your diet may be one of the best ways to prevent some forms of cancer.

There are some risk factors that simply can’t be altered, when it comes to prostate cancer. For instance, older men and black males are far more likely to develop prostate cancer. That doesn’t mean you can’t act to decrease your risk of developing the disease. Paying closer attention to your food choices and being wary of the symptoms may help you lower your risks and identify problems earlier.