Dementia is a condition that involves memory loss, but also impacts one’s overall thinking and ability to function in social situations. According to a new study, certain prescription drugs increase dementia risk. This alarming discovery suggests that senior health may be adversely affected by the frequent use of these common medications.

What are the Symptoms of Dementia? 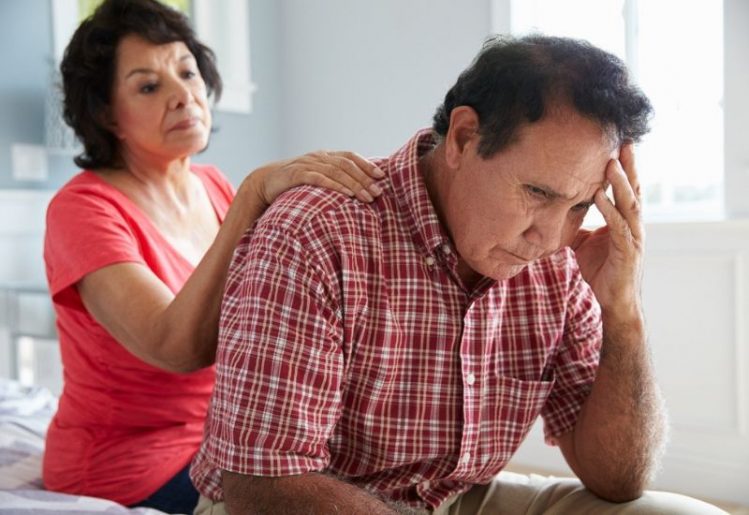 When people hear the word “dementia,” most automatically think of Alzheimer’s disease. Alzheimer’s is indeed one form of dementia, however there are actually many different types. Certain symptoms are common to most types of dementia. While memory loss is a typical symptom, experiencing memory problems can be the result of any number of medical conditions. Only when memory loss is one of many cognitive impairment symptoms does it indicate the possibility of dementia.

Most forms of dementia will produce one or more of the following symptoms:

With dementia, there are usually behavioral or emotional changes as well. For instance, a change in personality is common, as is increased irritability. The individual may also begin to suffer from depression, anxiety and similar disorders. Combined with the cognitive decline, these additional conditions may cause the individual to become frequently agitated and paranoid. Visual and auditory hallucinations are not uncommon with the onset of dementia.

Currently, there is no way to cure dementia. The best that can be hoped for is to stave off cognitive and emotional deterioration for as long as possible. While some medications may help, making lifestyle changes are important in controlling the symptoms of dementia. Keeping the mind active is especially important, so the individual should be encouraged to participate in social activities, playing games and pursuing other hobbies.

In a recent observational study, researchers examined patient records over a decade-long period, which amounted to 1,095 daily administrations of anticholinergic drugs. Their research found that adults taking the equivalent of three doses per day of anticholinergic drugs across a three-year period experienced up to a 50-percent increase in risk of developing dementia. This was in comparison to adults who did not take any anticholinergic medications.

Carol Coupland, one of the authors of the study, confirmed that prescription drugs increase dementia risk. She noted that the affects seemed to be cumulative, meaning that an individual would have to take the medications for a long period of time before the risk of developing dementia was increased. She added that while there seemed to be an association between anticholinergic medication and dementia, there was no evidence that the drugs actually cause dementia. As an observational study, the research was not able to make that distinction.

Furthermore, the research only found a correlation between certain types of anticholinergic drugs. Studying patient records and comparing them to dementia diagnoses showed that there was no correlation between the following drugs and a higher risk of dementia:

There are other anticholinergic drugs that do show a correlation with increased dementia risk. The study provides enough evidence to prompt further investigation into the link between these types of medications and the risks of developing dementia. Professor Coupland says that if a causal connection can be made, this may indicate that up to 10 percent of dementia cases may be the result of anticholinergic drugs. The research may also indicate that 20,000 of every 200,000 dementia diagnoses are preventable.

Even if a causal connection can be made, the need for anticholinergic drugs will still remain. Research may have to focus on the effects of reducing dosage size and frequency to determine an optimum level of treatment. The goal will be to treat the medical condition without raising the risks of dementia.

Boosting Your Mood Naturally May Be the Answer

Because depression and anxiety are commonly treated with anticholinergic drugs, doctors may soon begin looking for natural ways to treat those suffering from these common conditions. Finding alternative ways to boost serotonin levels in the brain may be key.

Serotonin is the “feel good” neurotransmitter produced by the brain as a reward for doing pleasurable activities. One promising study found that by increasing the levels of 5-HTP and tryptophan, which are compounds associated with serotonin production, serotonin levels may be similarly increased. This may be the best way to improve mood naturally, because, unlike serotonin, 5-HTP can cross the blood-brain barrier. In addition to this novel therapy, there are a few other methods for boosting mood naturally.

Although not officially approved by the FDA as a depression treatment, St. John’s Wort can help boost mood. However, if you’re taking any other types of medication, such as chemotherapy, birth control or AIDS/HIV medication, check with your doctor first. St. John’s Wort has been known to interact with other substances.

Like St. John’s Wort, S-adenosylmethionine, or SAMe, hasn’t been approved to treat depression. Although more clinical research is needed, some people do find that it helps elevate the mood. People with bipolar disorder should use the supplement with caution because it can trigger manic episodes.

Found in flaxseed, some fish and walnuts, Omega-3’s may be helpful in treating depression, anxiety and bipolar disorders. There’s still research ongoing to confirm the effectiveness of this supplement in treating mood disorders, but it is clear that it can provide a variety of health benefits, such as boosting heart health.

There may be other natural treatments that will help in the management of mood disorders without raising the risks of developing dementia. Before beginning any new treatment, discuss it with your doctor. Even natural supplements may interact with medications you may already be taking.