You are here:Home / Products / Maca 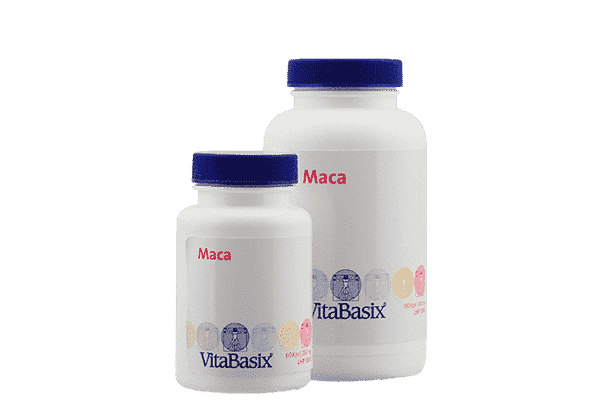 The invigorating root from the South American Andes enhances vitality and sexual desire and helps against chronic fatigue and depression.

The Incas began to cultivate maca already 2,000 years ago. Archaeologists found the first signs indicative of maca cultivation in 1,600 B.C. maca was found to be so potent by the Incas that only the royal family was permitted its use. For five hundred years maca has been firmly established in Peruvian medicine due to its enhancing effect on strength, libido and fertility. After the conquest of the Incas the Spanish realized that maca could not only increase the number of their livestock (by improving the fertility of the animals) but also had a unique effect on human beings. They exported maca to Spain by the ton.

On account of its energy-enhancing effects, the positive influence on fertility and its aphrodisiacal properties, maca becomes more and more popular world-wide. Other effects are an increase in endurance and performance in athletes as well as positive results when treating male impotency.  It is further­more used to treat menstrual complaints and female hormonal imbalances as well as the «chronic fatigue syndrome», the chronic exhaustion that is frequently experienced in western industrial countries. It is used by bodybuilders as a natural alternative to anabolic agents to build up muscles on account of the sterols (precursors of male hormones) contained therein.

In traditional Peruvian medicine the dried and pulverized roots are furthermore used as immunostimulants, against anaemia, TB and also as memory boosters.

Maca is a small, about table-tennis-ball size bulb from the crucifers family, which grows in the Andes. The roots are rich in sugar, starch, proteins and essential minerals – in particular iron and iodine. The sweet, aromatic, dried root is considered a delicacy. The dried maca root has a high nutritional value, similar to that of various types of grain like corn, rice and flour. It consists of 59 percent carbohydrates, 10.2 percent proteins, 8.5 percent fibers and 2.2 percent lipids. Additionally, the bulb contains great quantities of essential amino acids, iron, calcium, alkaloids, beta-ecdyson, magnesium, p-methoxybenzyl, isothiocyanate, phosphorus, saponins, stigmasterol, sitosterol, tannins, zinc, vitamin B1, vitamin B2, vitamin B12, vitamin C and vitamin E.

In addition to the already mentioned properties, maca is also capable of balancing and stabilizing the systems of the human body. It cannot only increase low blood pressure values but also lower high blood pressure values. It is able to boost the immunity and increase the physical vitality. Maca does not have a particular effect on individual systems, it rather has an «all-round effect» on the body.

In normal cases take 1 – 2 capsules up to 3 times a day at the maximum with plenty of fluid.