Macabido® Men’s Formula is a nutritional supplement created to help men maximize their libido, improve libido-related sexual performance, enhance energy levels and diminish stress levels. The following brief article will examine Macabido® Men’s Formula and explain why the product is considered to be one of the healthiest and most efficient energy and libido boosters on the market.

Why Is Macabido® The Best Libido Formula For Men?

Unlike other nutritional supplements and sexual enhancement preparations, Macabido® Men’s Formula contains only natural ingredients including:

Fenugreek is an edible herb that is grown in the Middle East, Asia and Africa and has been used for medicinal and nutritional purposes for centuries. The substance contains various nutrients that, from a biological standpoint, improve energy levels, help modulate inflammation that may precipitate various ailments, increase libido, enhance sexual arousal and help support a healthy erection. 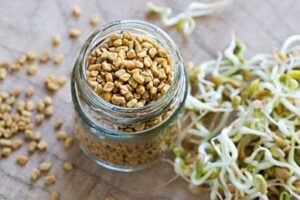 Macaplex® is the primary ingredient that comprises Macabidoo® , whose main component is maca. Maca is a root extract native to the Peruvian Andes mountains that has been cultivated for centuries and used for its health and nutritional benefits dating back to the ancient Incan empire. Maca has been clinically proven to increase libido, enhance fertility, intensify sexual desires and increase energy levels.

L-arginine is an amino acid produced by the body. That said, supplementing normal bodily production of this chemical is critical to ensuring the human system creates the essential nutrient protein. Protein is vital to maintaining optimal energy levels. Furthermore, L-arginine is categorized as a vasodilator, meaning the substance promotes the dilation of blood vessels. Such action is critical to helping men achieve and maintain erections.

Muira Puama, also referred to as potency wood, is a small plant native to the Amazon rain forests. Amazonian residents have been using the extracts of this plant’s bark and roots for hundreds of years as a sexual stimulant, as well as a therapeutic protocol for maintaining healthy erections.

Saw Palmetto is a type of palm tree indigenous to Florida and other states located in the southeastern United States. Chemical extracts from this plant’s leaves are believed to liberate free testosterone inside a man’s body, leading to an increased bodily concentration of this vital hormone. The associated benefits of this biological process include a strengthened sex drive, improved prostate health and an increased sperm count.

Ginkgo, also known as Ginkgo biloba (maidenhair tree) is an herbal extract taken from the leaves of the Ginkgo plant. The substance contains several antioxidants which help modulate bodily inflammation that could precipitate various illnesses. Moreover, the substance is also believed to enhance sexual appetite. 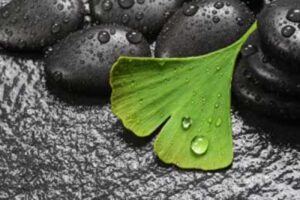 Bioperine, also called piperine, is a derivative of black pepper. This chemical is thought to stimulate bodily absorption of the nutrients contained in foods. Enhanced nutrient absorption is said to contribute to increased energy levels.

What Is Not Contained In Macabido® Men’s Formula?

Though Macabido® contains a plethora of healthy, natural substances, its health benefits are strengthened significantly because it does not contain certain ingredients that many other supplements are comprised of such as:

Artificial coloring has been linked to an increased risk of developing various forms of cancer.

Used in some supplements, yohimbe extracts are nervous system stimulants. These chemicals could pose a danger to the cardiovascular system, may trigger anxiety and other mental disorders and could interact with commonly prescribed medications like opioid pain preparations and antidepressants.

Extracts from the roots of this plant native to southeast Asia produce common bothersome side effects including anxiety and sleeplessness. However, the substance is also believed to cause precipitous increases in bodily concentrations of testosterone. Such a reaction could elicit potentially serious complications in men with heart disease, high blood pressure and kidney disorders.

Macabido® Men’s Formula should be taken twice per day — once in the morning and again at night. In most cases, users will begin noticing positive changes within two to four weeks after starting a therapeutic regimen. However, in certain instances, positive impacts may take up to several months to manifest.