You are here:Home / Products / Vitaxin® 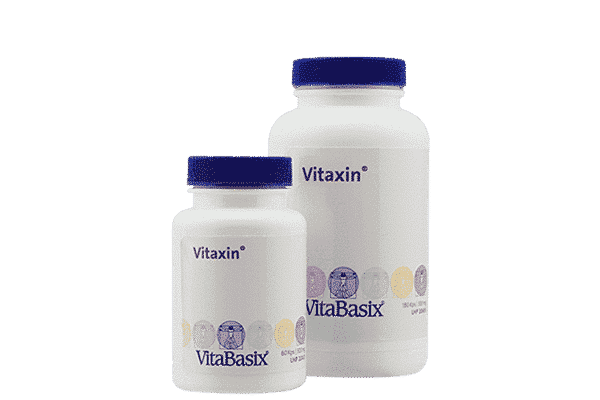 Vitaxin® is used as a medicine by the Indians of North America for centuries, the healing aspects of the mysterious plant experience a long-deserved renaissance.

At the beginning of the 1960s, the National Cancer Institute of the USA (NCI) had started a comprehensive research program to look for new plant-based active ingredients against cancer. Together with numerous other botanists, Kurt Blum walked through the American woods and collected plants and plant parts which were to be later analyzed in the laboratory.

Among the specimens he sent to the laboratory in August 1962 there were also berries, needles and the bark of a tree he had found in the Northwest of the United States: the Pacific yew. Two years and numerous analyses of the plant specimens later the scientific sensation was perfect. The constituents of the Pacific yew had such a strong anticarcinogenic effect as had never before been seen in other plants.

The molecular structure of the examined plant parts was so complex, however, that the individual active ingredients could not be isolated or artificially produced. It was only four years later that it became possible to at least isolate anticarcinogenic substances from the bark of the Pacific yew: the taxanes – very efficient substances to fight cancer.

The «king of the wood», as the Pacific yew is respectfully called by the native Americans, has meanwhile been used in the treatment of many different diseases. The decisive factor obviously seems to be not an individual constituent alone but the entirety of the healthful plant.

Till today’s date scientists have only to some extent succeeded in finding out the secret behind the healing powers of the Pacific yew. The particular healing power of the yew, however, cannot be explained by the great number of beneficial constituents alone. It is rather a result of the specific combination of health-promoting effects. In contrast to artificially produced derivatives, the active ingredients in their natural form can be excellently processed by the organism. Therefore, numerous side effects of synthetic products are avoided.

Unlike its relatives in Europe and Asia, the Pacific yew – native to the woods of Montana – does not contain any alkaloids having a toxic effect, either. The products obtained from it are therefore extremely well tolerated by persons and animals. Chemical analyses of needles and bark show a great number of health-promoting substances. Thus not only the already-mentioned cancer-inhibiting taxanes but also a number of other similar substances, which naturally only occur in the yew, were discovered.

But the Pacific «miracle tree» has even more secrets in store: lignans, which apart from their cancer-inhibiting effect also have anti-inflammatory, antibacterial, antifungal and antiviral properties, give as much rise to hope for thousands of patients as the anti-inflammatory and anti-allergic flavonoids.

The usual dosage in tumor patients is 6 – 8 capsules of 300 mg per day. The patients are advised to continue taking the yew preparation for one year after the tumor has disappeared (below the detection limit).

If Vitaxin® is used preventively, or in case of non-malignant diseases, it is recommended to take 1 capsule per day.