You are here:Home / Products / Carnosine 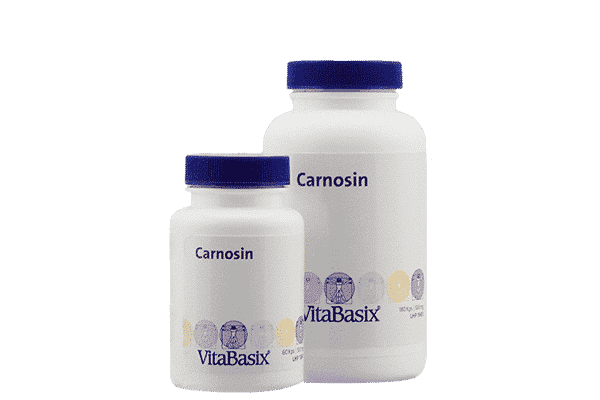 A multitude of factors is considered to cause the aging of the organism and the cell itself. Carnosine has the potential to slow these aging processes by protecting and regenerating proteins and lipids. Carnosine is capable of prolonging the life span of  the cells and the organism.

Changes in and damage to the body’s proteins are held to be the main causes for aging. The typical signs of aging, such as the occurrence of cataracts and neurodegenerative processes, are manifestations of such changes. In these age-related processes the changed proteins accumulate in the body.

Carnosine is a naturally occurring dipeptide built from the two amino acids beta-alanine and L-histidine. It is a natural constituent of food. The most important food source of carnosine is meat. With progressing age, the carnosine level in the cells becomes lower. An additional intake seems reasonable, in particular if only little meat is eaten.

Carnosine is effective against various forms of protein changes. It is capable of rejuvenating cells in a later stage of their live cycles (appearance, life span). Scientists describe carnosine to be multipotent (antioxidative, antiglycosylating, aldehyde-solving, metal-chelating). This means that carnosine is active in various ways in many tissues and organs. Especially high carnosine values are found in muscle cells (myocytes) as well as in nerve cells (neurons), which are both counted among the long-living cell groups.

It is a scientific fact that the cells of the organism can divide only to a limited extent. After each cell division the cell approaches its death which is determined by a certain number of cell divisions. Carnosine provides a biologic rejuvenation so to say when the cells approach their end, and this substance may maintain the cellular homeostasis (the inner environment of the body), which leads to a youthful appearance of the cells.

Among the most important protein changes of aging are oxidation as well as the interaction with sugars («glycosylation») or aldehydes. Glycosylation occurs when proteins react with sugars. Glycosylation (saccharification of protein molecules) with the occurrence of protein cross links may lead to the formation of AGE (advanced glycosylated end products – i. e. irreversible protein-sugar-compounds).

Carnosine prevents the formation of saccharified proteins. However, carnosine not only has a prophylactic effect but is also able to stop already glycosylated proteins from reacting further and becoming AGE. AGE have a damaging effect by sending out faulty cellular signals and due to the increase in free radicals. Carnosine therefore acts as a kind of natural protection against glycosylation processes in the brain.

Carnosine, which is found in ample quantities in the brain, provides a rejuvenation of the brain neurons (nerve cells) and leads to their longevity. An important cause of age-related damage in the brain is the oxidation of fats in the cell membrane of the nerve cells and their branches (axons). Carnosine destroys the harmful by-products of this process.

In addition, carnosine protects the genome (hereditary material) of cells. Because chromosomes with the DNA (hereditary material) may be harmed by oxidative influences (ruptures, deviations) and clump together with increasing age. Carnosine may reduce this damage to the cell’s own hereditary material and keep cells intact for a longer period of time, which also protects against cellular aging and the development of cancer.

An abnormal copper-zinc metabolism is found in Alzheimer’s disease, stroke and many other diseases having neurologic components. Copper and zinc are important for the information transfer in the brain. Carnosine protects the brain against the harmful effects of these substances, which also exist (buffer function). Because the brain has to screen out copper and zinc in order to be able to carry out its functions without poisoning. Disturbances in the copper and zinc metabolism may be contributive to Alzheimer’s disease as they contribute to an accelerated plaque formation (cross link of beta-amyloid by AGE) in the brain. Finally, carnosine also protects the endothelium cells of the blood vessels, which are also damaged in Alzheimer’s disease.